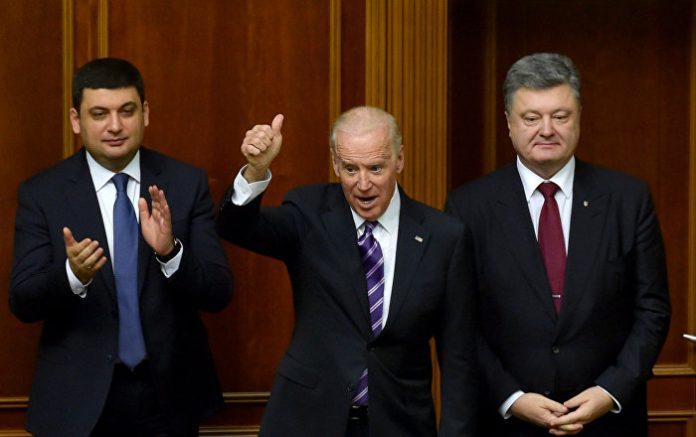 “Explain to me why Biden shouldn’t be investigated if his son got millions from a Russian loving crooked Ukrainian oligarch while he was VP [vice president] and point man for Ukraine”, Giuliani said via Twitter. “Ukrainians are investigating and your fellow Dem[ocrat]s are interfering”.

Explain to me why Biden shouldn’t be investigated if his son got millions from a Russian loving crooked Ukrainian oligarch while He was VP and point man for Ukraine. Ukrainians are investigating and your fellow Dems are interfering. Election is 17 months away.Let’s answer it now https://t.co/FT34kX7Pst

Giuliani’s statement came a day after he announced plans to visit Ukraine. He said he intends to press the country’s leadership on two Ukrainian government probes that could benefit President Donald Trump, according to media reports.

READ MORE: Analysts: CIA-Ukraine Collaboration Against Russia is Part of US Puppet Playbook

One investigation concerns Biden and his son and the other the exposure by Ukrainians of former Trump aide Paul Manafort’s business dealings at the height of the 2016 presidential campaign.

The latter is cited by some Republicans — stung by Special Counsel Robert Mueller’s Russia probe findings — to claim that Ukraine meddled in the 2016 US election to help Democratic candidate Hillary Clinton.

Giuliani admitted in an interview with Fox News that the trip could be “very helpful” to President Donald Trump.

Democrats, however, were quick to accuse Giuliani of meddling in the next US presidential election, just 18 months away, by asking a foreign government to investigate a political rival.

“Oh look, Donald Trump is now sending Rudy Giuliani to actively seek the assistance of a foreign government to help Trump in the upcoming election”, US Congressman Ted Lieu said via Twitter. Giuliani has said he will meet Ukrainian officials in his capacity as Trump’s lawyer.