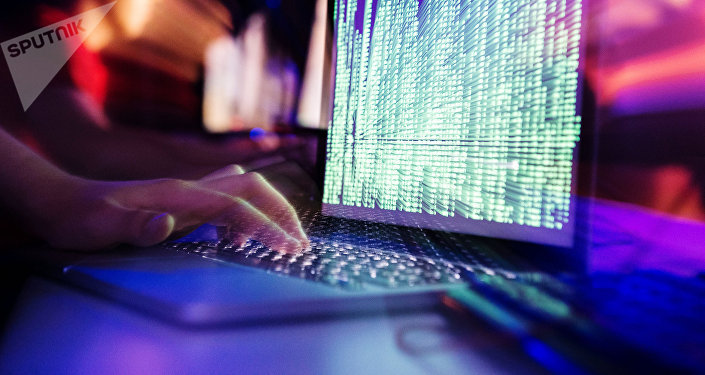 The alleged hackers used FBI and Department of Justice logos to mock a notice usually placed on websites seized by the US government.

The message said that multiple devices belonging to Donald Trump and his relatives were allegedly compromised, allowing the supposed scammers to obtain “most internal secret conversations” and “classified information” which could “prove” that the Trump administration was “involved in the origins of the coronavirus virus” while the president “cooperated with foreign actors manipulating the 2020 election”. The intruders also provided two Monero cryptocurrency accounts which, according to CBS News, are often difficult to track.

Commenting on the website’s defacement, spokesperson Tim Murtaugh specified that “there was no exposure to sensitive data because none of it is actually stored on the site”. He added that the campaign is working with law enforcement officials to investigate the source of the alleged attack.

​”The timing of the hacking of the President’s campaign website is an apparent attempt to influence the election”, says Anthony Robert Pahnke, professor of international relations at San Francisco State University. “If anything, it shows that the Trump campaign is vulnerable to attacks.”

The academic has shredded the assumption which started emerging in social media and the press that foreign state actors could be behind the breach. According to him, it was just meant to “temporarily shock the administration and draw the media’s attention”.

“It is hard to say who benefits from this attack, as the threats seem to be groundless, and the anti-Trump message has been already taken down”, he notes, suggesting that the alleged scam attack will be eclipsed very soon by something else as Election Day nears.

This alleged hacking case does not appear to be particularly significant given that nothing valuable was located on the campaign’s website, according to Dr Djene R. Bajalan, political analyst and professor of history at Missouri State University.

“It looks like nothing more than an act of e-vandalism”, the professor opines. “It perhaps points to the fact that the Trump campaign needs to have better security on its website.”

Similarly, Bajalan does not attach much importance to the threats outlined in the message. According to him, they are nothing more than “bravado”: “Hackers often make major claims which come to nothing”, he remarks.

Moreover, he doubts that at this point in the election there is any revelation that will significantly move the needle on what people think of Trump and his family.

“There have already been plenty of compromising ‘facts’ released about Trump and his family, but those do not seem to make any difference on what people think”, he notes, adding that the Republicans do not care much about the president’s imperfections since for them he is primarily “a vehicle to achieve their political objectives”.

“Overall, I do not think this attack will have any impact on the campaign”, he concludes.