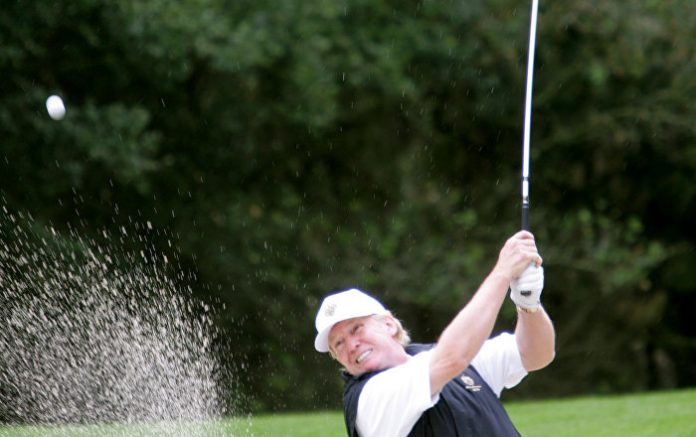 The renovation on the 800-acre golf course itself was massive, costing $250 million in total. The Paint Spot, an independent Miami painting company, did not receive a $32,000 reimbursement for paint and supplies during the 2013 renovation, causing them to place a lien on the golf resort in 2014.

In May 2016, a Miami-Dade circuit judge placed the resort up for sale in a foreclosure auction. The Trump Endeavor, the LLC that operates TNDM, bought its own golf course back, on the condition that they would pay the painters their fee.

After the initial Circuit Court decision, TNDM owed $283,000 to The Paint Spot. The Trump Endeavor, which owns TNDM, appealed the decision on the basis that the paint company had filed the lien incorrectly.

Judge Kevin Emas of Florida’s Third District Court of Appeals ruled that “Trump failed to establish that it was adversely affected by the error [in the filing of the lien].” Court and lawyer fees have swollen the cost of the appeal, accounting for the additional $26,000 owed.

“The case should never have reached this stage but it did because, at all times, Trump Endeavor refused ever consider any type of reasonable settlement,” said The Paint Spot attorney Daniel Vega in an e-mail to Courthouse News. “Fortunately, my client had the fortitude to endure the massive pressure of potentially having to pay Trump Endeavor’s fees if it lost in order to vindicate its position that its paint materials used to improve the Trump Doral Resort were paid for.”

“This case is now resolved,” said Bruce S. Rogow, an attorney who represents the Trump Endeavor, but wasn’t involved in the specific trial. “Trump Doral is beautiful and thriving and life will go on.”