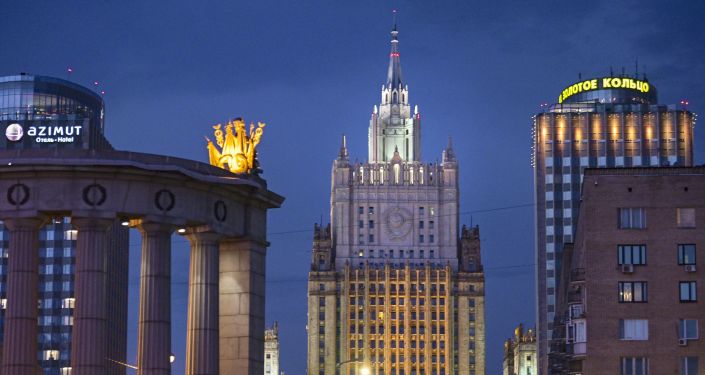 Moscow strongly denies US accusations that Russian intelligence agents have carried out cyberattacks against American businesses, the 2018 PyeongChang Olympic Games and the French presidential election back in 2017, the Russian Foreign Ministry said.

“We categorically reject this kind of speculation. Russian state structures have nothing to do with malicious activity on the internet, as Washington is trying to suggest”, said Russian Foreign Ministry spokeswoman Maria Zakharova.

The official added that the United States, “as usual”, did not provide any evidence for the allegations that it was Russian hackers linked to GRU state agency, who had conducted the cyberattacks in question.

According to the spokeswoman, these speculations can be explained by the fact that the US is in the middle of its election season, as America’s “Russophobic forces” are at present trying to “keep afloat” the theme of the “Russian threat” to serve their own purpose.

Is Russia Again to Blame?

On 19 October, the US Department of Justice indicted six Russian males, ranging in age from 27 to 35, in relation to hacking attacks allegedly carried out during South Korea’s 2018 Winter Olympics, the French presidential election three years ago, and against Ukraine’s electricity companies back in 2017. The indictment also claims that Moscow was behind malicious “NotPetya” attacks that have primarily targeted Ukrainian websites that year.

The men in question are said to have been linked to Russian intelligence and acted on behalf of the Russian government, the allegations Moscow finds absurd.

The UK Foreign Office also later alleged that Russian hackers were also planning hacking attacks against 2020 Tokyo Games before they were postphoned this summer due to coronavirus pandemic.

DoJ Assistant Attorney General John Demers said that these alleged actions, that have not been substantiated by any evidence, according to Russian officials, were “the most disruptive and destructive series of computer attacks ever attributed to a single group”.

According to the official, the attacks have costed its “victims” in the United States estimated $1 billion in damages.

The Russian Embassy in Washington later said that the US accusations have “nothing to do with reality”.