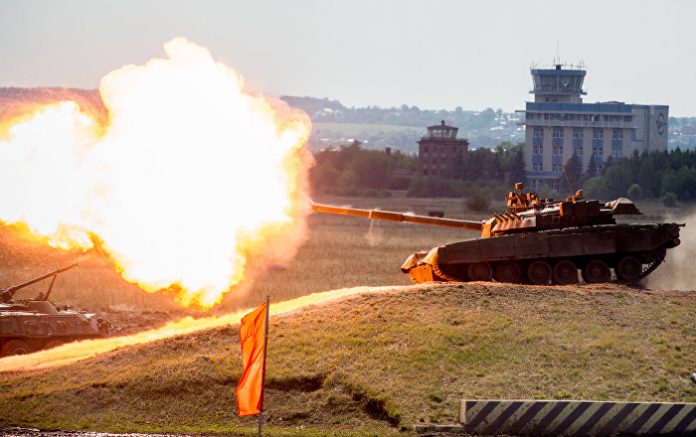 T-80 is a third-generation main battle tank, designed in the Soviet Union. In total, there were about 5,500 units built. The T-80BVM modification features an upgraded gas turbine engine as well as a modern gunner sight and other systems.