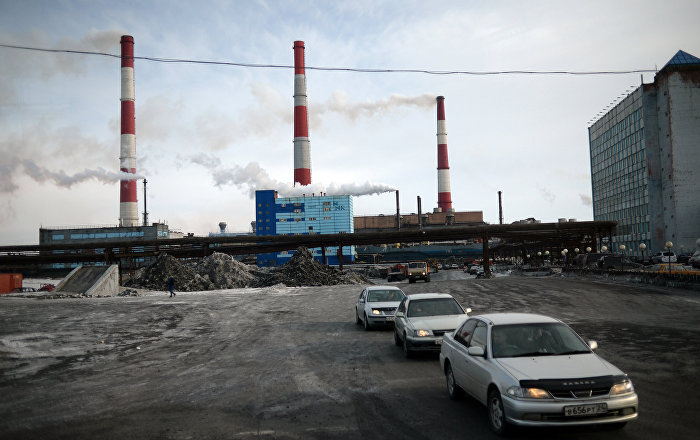 Rosprirodnadzor said that it also had its agents operating on the scene to determine the scale of contamination.

Another inquiry into the incident was launched by the Krasnoyarsk Territory Prosecutor’s Office.

“The prosecutor has departed to the scene. An inquiry is underway over the contamination of water objects at the Talnakh mineral processing plant,” Prosecutor’s Office spokeswoman Olga Gaiduk said.

Earlier on Sunday, Russian emergency services said they were informed about a leak of potentially toxic liquid during unauthorized discharge of waste at a local mining-related facility in the city of Norilsk in northern Russian region of Krasnoyarsk Territory.