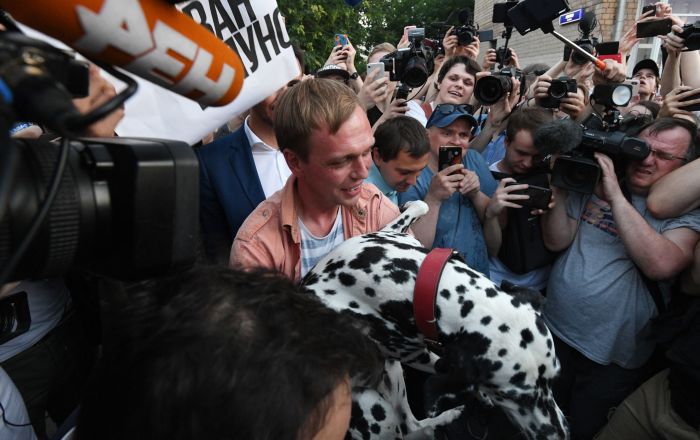 “I received a letter from the prosecutor of Moscow’s Western District,” he wrote on the Telegram messaging app, adding that the wording was formal and lacked sincerity.

The 37-year-old reporter had complained to the chief prosecutor that he was not apologised to after being beaten and briefly jailed in June by Moscow police on charges that were proven groundless.

The journalist was detained while in possession of drugs that he said were planted on him by police, prompting a national outcry. A probe into how his case was handled has cost two senior police officials their jobs and led to criminal charges against five officers.