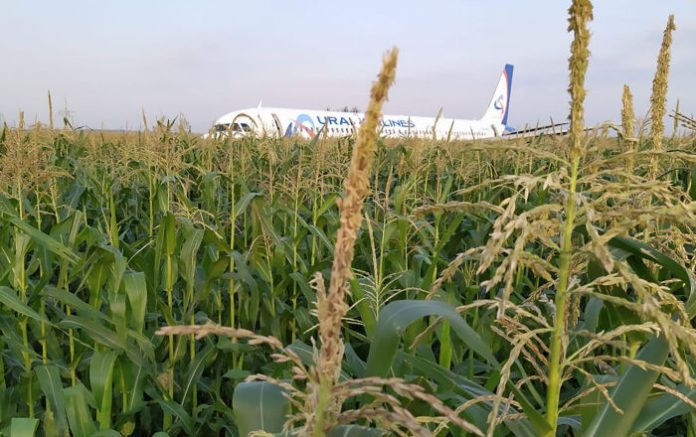 “I signed a decree to award the crew of an aircraft, which, as you know, performed an emergency landing at Zhukovsky airport. The aircraft commander and the second pilot were awarded the Hero of the Russian Federation titles, all other crew members were awarded the Order of Courage,” the head of state said opening a meeting with the permanent members of the Russian Security Council.

The Simferopol-bound aircraft, carrying 226 passengers and seven crew members, was forced to make an emergency landing earlier in the day soon after taking off from Zhukovsky Airport after a bird strike.

When the aircraft was taking off from the runway, it collided with a flock of seagulls, the agency said. The birds got into the plane’s engine, resulting in a significant service interruption.

A special commission will investigate the circumstances of and the reasons behind the accident with the Airbus A321 plane, the Russian Federal Air Transport Agency.

The circumstances of the landing are being investigated.