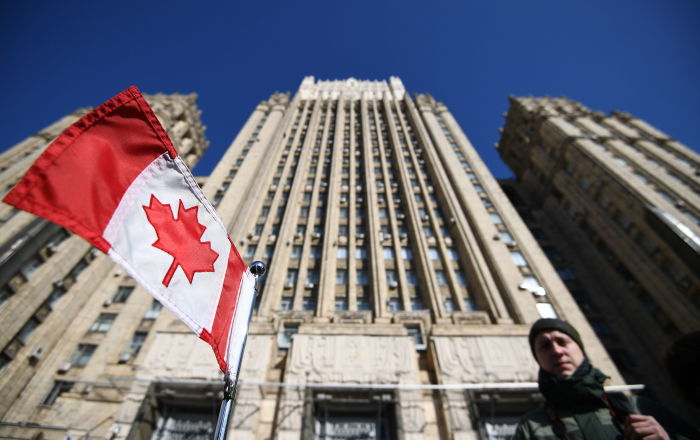 On Friday, Russia’s Investigative Committee sent a request to Canadian authorities to provide legal materials related to Helmut Oberlander, a translator in a Nazi Einsatzgruppen death squad that Russia accuses of organizing a massacre of orphans in the Russian city of Yeysk during World War II.

“Russian position is well-known: Nazi war criminals and Nazi collaborators, including those who found safe haven in Canada to not face justice, should be punished for atrocities they committed or were complicit in, regardless of age. Nazi crimes have no statutes of limitations,” the spokesperson said on Friday.

Earlier, Canada’s Justice Department said it could not comment on the Russian request due to a bilateral legal treaty confidentiality clause.

Russia’s Investigative Committee has opened a genocide case in relation to the massacre, after the Krasnodar regional branch of the Russian Federal Security Service in October published newly-declassified documents about the murder of approximately 214 orphans in Yeysk by Nazi forces.

The committee is trying to assess Oberlander’s role in this crime against humanity, which the committee noted does not have a statute of limitations, in accordance with the 1945 Charter of the International Military Tribunal in Nuremburg.

The Canadian government began trying to strip Ukrainian-born Oberlander of his Canadian citizenship in 1995, citing the fact that he failed to disclose his links to the death squads. This led to a lengthy legal battle. The former Nazi was stripped of his citizenship for the fourth time in 2017 and Canada’s Supreme Court issued a ruling last December that blocked any possibility for Oberlander to appeal this decision.

In late December, Thomas Will, the deputy head of Germany’s Central Office of the State Justice Administrations for the Investigation of National Socialist Crimes said that German authorities had begun an inquiry into the massacre in Yeysk and other Nazi crimes committed in Russia’s Novgorod region.