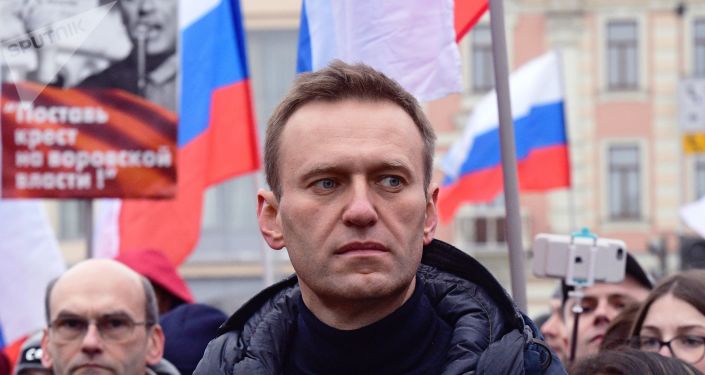 Asked by CBS 60 Minutes correspondent Lesley Stahl whether it is important to Navalny that Trump “condemn this action,” the opposition leader said that the US president probably should have been the first to do so.

“I think it’s extremely important that everyone, of course, including and maybe in the first of all, president of United States, to be very against using chemical weapons in the 21st Century,” Navalny said in the CBS interview released on Sunday.

He again accused Russian President Vladimir Putin of being behind his alleged poisoning, despite the fact that Moscow has repeatedly denied all accusations. Nonetheless, Navalny was rather vague in his allegations.

“Because I, well, it’s again, it’s just pure speculation, because no one knows what– what– what happened exactly. But I think that when I was– maybe put some clothes with these– with this poison on me, I touch it with the hand, and then I sip from the bottle. So this nerve agent was not inside of a bottle but on the bottle,” Navalny said.

The opposition leader claimed that he had full support from his family, despite being afraid that they might get poisoned as well.

He added that he has not fully recovered yet and feels like a “wooden or tin man” from “The Wizard of Oz.” However, Navalny claimed that he believed the negative experience has benefited him.

According to CBS, Navalny is constantly accompanied by several security officers in Germany and is under the protection of the German government because he fears he might get poisoned again. Nonetheless, he plans to return to Moscow soon.

“Will I abandon my job because they try to kill me? Now from my experience, personal experience, I just now know that I don’t feel any fear. And I’m ready to continue to work,” Navalny said.

In late August, Navalny was hospitalized in the Russian city of Omsk after he lost consciousness during a flight to Moscow. Though the opposition figure’s team suspected he had been poisoned, Russian specialists did not find any traces of toxins in Navalny’s blood and stated that the reason for his poor condition was a metabolic disorder. However, Germany insisted on the transportation of Navalny to the Charite clinic in Berlin, after which it was announced by EU countries that Navalny had been allegedly poisoned by a nerve agent from the Novichok family of toxins. This scenario has been used by European countries as a justification for their aggressive sanction policy towards Russia.

The EU has agreed on sanctions over the Navalny case against six Russian citizens and a scientific institution. The sanctions have affected Director of the Federal Security Service Alexander Bortnikov, First Deputy Chief of Staff of the Presidential Administration of Russia Sergey Kiriyenko and Presidential Envoy of the Siberian Federal District Sergey Menyaylo.

The unfriendly steps taken by European countries have resulted in increased tensions in EU-Russian relations. Earlier, Russian Foreign Minister Sergey Lavrov said that Moscow may “stop talking to those people in the West who are responsible for foreign policy and don’t understand the need for mutually respectful dialogue.”