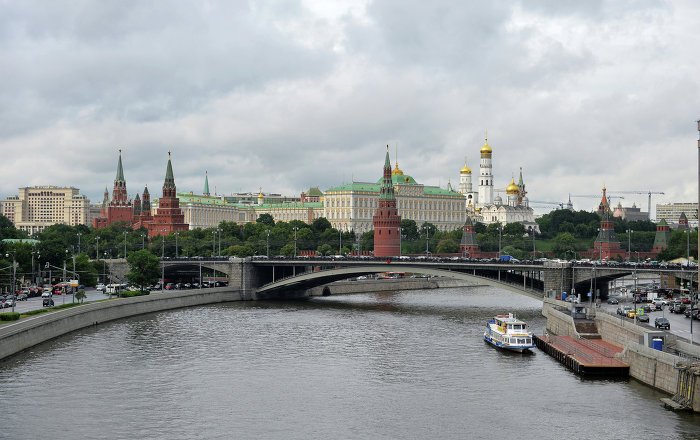 “We absolutely see it as a triumph”, Peskov told reporters.

The Kremlin expected strong interest in the amendments, but could not predict “such a high turnout and level of support”, according to Peskov.

“This is a matter of our country’s future, the near future. Of course, it is impossible to announce a date when Russians will feel [the changes] … but now that Russians have supported all the initiatives aimed at amending the constitution, this will certainly become a basis for a better future for the country”, Peskov said.

Russian President Vladimir Putin will promptly sign a decree to introduce the approved amendments to the country’s constitution after the Central Election Commission (CEC) announces the results of the vote officially, Peskov said.

The Kremlin spokesman continued on by saying that a “debriefing” with the heads of Russia’s regions that demonstrated a low turnout in the vote on the constitutional amendments is out of the question, as transparency is the only priority.

“Ultimate transparency” was the priority during the vote, with the turnout or result having been “ordered” absolutely out of the question, the Kremlin spokesman stressed.

No Violations During Vote on Constitutional Amendments

The Central Election Commission has revealed that the turnout in the all-Russian vote on the constitutional amendments was 67.97 percent.

Ella Pamfilova, the head of the CEC, praised the atmosphere at polling stations across Russia as “calm and safe”.

“The system is developing and improving. This is why we have coped really well with holding this unprecedentedly difficult [vote]”, Pamfilova said at a briefing.

The Russian Interior Ministry did not record any violations capable of affecting the results of the nationwide vote on amendments to the national constitution, ministry spokeswoman Irina Volk said.

“Thanks to the implemented measures, not a single offence that could affect the results of the all-Russian vote was committed. After the polling places were closed, police officers ensured the safe transportation of ballots to territorial election commissions”, Volk said.

As many as 185,000 employees of internal affairs authorities and the National Guard were working at polling stations across Russia on 1 July, Volk told reporters.

The country’s Central Election Commission said earlier in the day, after processing 100 percent of the ballots, that 77.92 percent of Russians backed the amendments. The official results will be announced on Friday.

Russian President Vladimir Putin offered important changes to the constitution in his address to the parliament in mid-January. After both chambers of the Russian parliament passed the bill, an all-Russian vote on the amendments had to take place.

The nationwide vote on constitutional amendments was originally planned for 22 April, but had to be postponed due to the threat of COVID-19. It took place 1 July, with six additional voting days to avoid the spread of the disease.

The amendments are a sweeping set of changes to Russia’s basic law, which include protecting the institution of marriage as the union of a man and a woman, setting children as a priority of Russia’s domestic policy, and many others. The previous version of the constitution was adopted by nationwide voting on 12 December 1993 after the dissolution of the Soviet Union. Former Russian President Boris Yeltsin imposed the 1993 constitution literally at gunpoint, after he sent tanks to shell the parliament.

The proposed changes include:

One of the most longed-for amendments among the Russian population was the one that would “match minimum wage with the minimum standard cost of living”, which in Russia is calculated by the sum of baseline monthly utility bills, as well as grocery and essential non-food expenses.

With regard to pensions, the amendments provide for an annual indexation to keep payments compatible with inflation rates. The indexation will also be applied to social benefit payments.

The new constitution includes an amendment about protecting the institution of marriage as the union of a man and a woman, setting children as a priority in the country’s domestic policy, and an obligation to support and protect the culture as the unique heritage of Russia’s multi-ethnic people.

”The Russian Federation honours the memory of defenders of the Fatherland and protects historical truth. Diminishing the significance of the people’s heroism in defending the Fatherland is not permitted”, the text of the new law says.

The proposed changes also aim to protect Russia’s sovereignty and territorial integrity, prohibiting any attempts or calls to alienate part of its territory.

Another amendment establishes the status of the Russian language as the language of a nation-forming nation.

The amendments envision a limit of two six-year terms for the president of the Russian Federation, regardless of whether they were served back-to-back.

The amendment also specifies its non-applicability to the incumbent president’s previous terms and, therefore, allows him to run for another two terms, should he choose to do so.

The State Duma now has the right to approve a candidate for prime minister of the Russian Federation proposed by the president. The president will then appoint the approved candidate.

According to another amendment, lawmakers, cabinet ministers, judges, and other federal-level officials are banned from holding dual citizenship or permanent residency abroad.