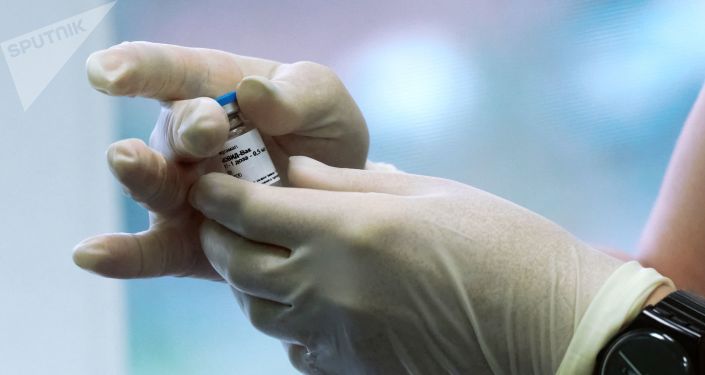 “We can see that about 200 million doses may go to Latin American countries. We are working actively with our partners from Brazil, Mexico and Venezuela”, Braverman told a briefing.

The fund’s boss, Kirill Dmitriev, said in turn that the RDIF will announce new agreements on the supply of Sputnik V coronavirus vaccine to Argentina and Peru.

According to the chief executive, Latin America might start receiving supplies of the vaccine in December.

“Beginning in November and throughout December we will produce tens of millions of doses of the vaccine. We will start distributing supplies in January. So there are only two issues. [First is] production capability — and we can confirm that we are able to supply big volumes in December this year as we will make [the vaccine] in India, Brazil, South Korea, China and one more country”, Dmitriev said.

Dmitriev said that the second question was how quickly regulators will approve the vaccine for use.

“For example, we have applied to hold clinical trials in Brazil and hope to receive a permit in December, too”, he added.

The Russian Sputnik V coronavirus vaccine will provide longer immunity than other vaccines, due to its use of two injections and two different vectors, CEO of the Russian Direct Investment Fund, Kirill Dmitriev, said Monday.

“There are 16,000 people who have been vaccinated and show the high efficacy of the vaccine”, Dmitriev told a briefing.

The fact that the vaccine is based on the human adenovirus is its main advantage, the RDIF CEO added.

According to Dmitriev, the Russian scientists wanted to do two injections of the vaccine to ensure that the immunity lasted longer.

“The [immunity from the] Russian vaccine may last longer than a year, maybe even two years, it is based on the research into a similar MERS vaccine. We can see that if you do one injection, or two injections with the same vector, the immunity will not last as long. And we are worried that some vaccines may create an immunity of three, six months, Russian vaccine will definitely be longer”, Dmitriev said.

In August, the Russian vaccine developed by the Gamaleya Institute was the first to be officially registered as an anti-coronavirus vaccine based on human adenoviral vectors. The RDIF, which has invested in developing and distributing the inoculation, is at present holding clinical trials of the vaccine in Belarus, the UAE and Venezuela.