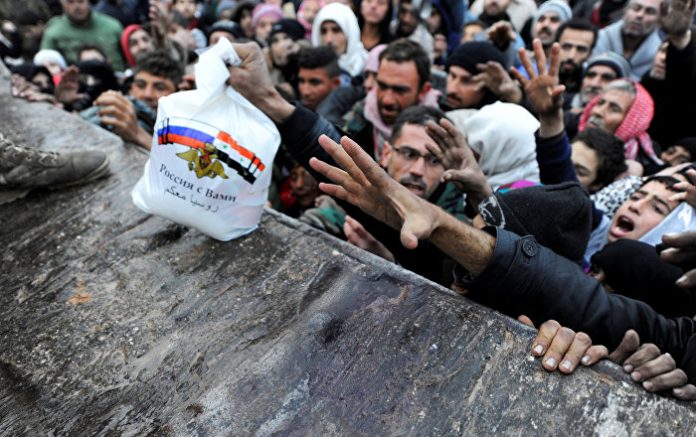 HMEIMIM (Sputnik) — The military conducted seven humanitarian events over that period, according to the statement.

“Within last 24 hours, the Russian Center for reconciliation of opposing sides has held seven humanitarian events in the province of Aleppo. Total weight of humanitarian aid provided to the Syrian population has reached 14.1 tonnes,” the bulletin read.

According to the ministry, 4,751 Syrian citizens received the humanitarian assistance provided by Russia.

The Defense Ministry said that in the meantime the United Nations also provided food, medical, psychological and legal assistance to the Syrian people as well as continued to carry out reconstruction works of the infrastructure and to supply citizens with temporary accommodation.

Syrian residents are in dire need of assistance amid continuing fighting between the Syrian government forces and various opposition and terrorist groups, such as Daesh, outlawed in Russia and many other countries.