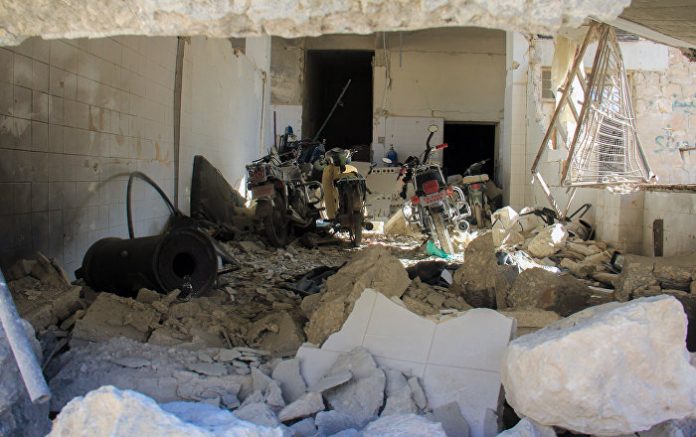 WASHINGTON (Sputnik) — There is no consensus among the US presidential administration on whether or not Moscow knew in advance about last week’s alleged Idlib chemical attack in Syria, a high-ranking source told reporters Tuesday.

“At this time, there is no US Intelligence Community consensus that Russia had foreknowledge of the Syrian chemical attack,” the source said.

On Friday, a senior US military official said the United States knew of no credible claims that anyone other than the government of Syrian President Bashar Assad was responsible for April 4 attack in Idlib. He also added that the United States was assessing information to determine whether Russia knew about or assisted Damascus in this attack.

On Thursday night, the United States launched 59 Tomahawk cruise missiles at a military airfield in Syria’s Homs province. US President Donald Trump said that the attack was a response to the alleged chemical weapon use in Syria’s Idlib province on Tuesday, which resulted in death of over 80 people.

Syrian Foreign Minister Walid Muallem has denied the government’s involvement in the Idlib incident, saying it would never use chemical weapons on either civilians or terrorists operating in the country. The United States’ actions were also slammed by Russia, which stressed that no investigation had been done to support the claims.
Sputnik News