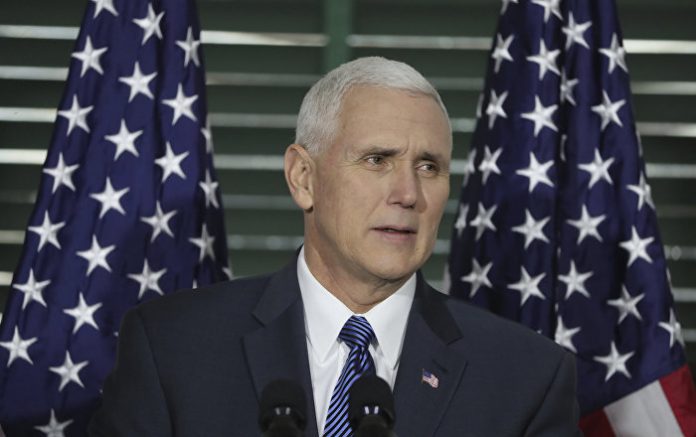 WASHINGTON (Sputnik) — Mike Pence will depart from Anchorage, Alaska on Saturday and arrive in Seoul on Sunday, according to the schedule.

“On Saturday, Vice President Mike Pence will depart Washington, DC on Air Force Two en route to Anchorage, Alaska. There, the plane will be refueled before departing for Seoul, South Korea,” the schedule issued on Friday stated.

On Sunday, Pence will arrive in Seoul, South Korea, where he will visit the Seoul National Cemetery and participate in an Easter church service, the White House noted.

Pence will then hold an Easter “fellowship meal with United States and Republic of Korea [South Korea] service members, their families and community members,” the schedule added.