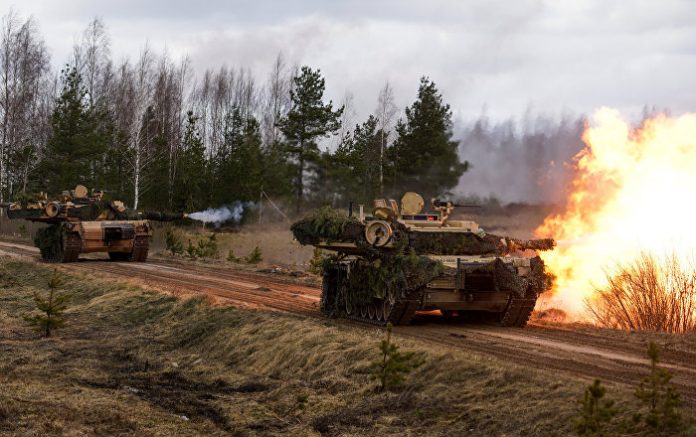 The battle took place in Jizan province in southern Saudi Arabia. Advancing Houthi Shiite rebels tried to stop a single “Abrams” without covering infantry. The video shows the tank firing at the Houthis.

During the fight, the tank was hit, prompting its crew members to get out and run away. Houthi rebels burned the Abrams tank; however, it remains unknown which weapon they used to destroy the vehicle.

Only one Abrams tried to stop Houthi offensive. Tank was damaged and crew left it. pic.twitter.com/H84wHqNZ91

The M1 Abrams — the main battle tank of the United States — has been mass produced since 1980 and is used by the armies of a number of countries, including Saudi Arabia.

Yemen’s civil war has pitted the government, headed by Abd Rabbuh Mansur Hadi, against the Houthis, an Islamist political movement. The government is backed by the Saudi-led coalition, which has been carrying out airstrikes targeting areas controlled by Houthi militants since March 2015.