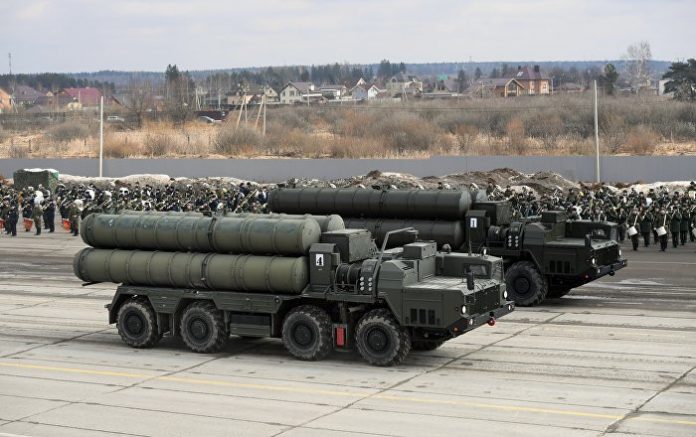 If Turkey does not pull out of its agreement with Russia and does not purchase the US-made Patriot missile defence system by the end of the first week of June it will face negative consequences, NBC News reported on Tuesday, citing multiple sources familiar with the situation.

The consequences include removing Turkey from the F-35 jet program, forfeiting 100 promised F-35 jets originally planned for the country, imposing sanctions on Turkey — all of which may potentially hurt Ankara’s standing with NATO, the report said.

READ MORE: Turkey Refuses to Bow to US Sanctions Over S-400 Deal

In December 2017, Moscow and Ankara signed a loan agreement for the delivery of S-400 air defence systems to Turkey.

Since, the United States and NATO have criticized Turkey’s cooperation with Russia on the S-400 deliveries, citing security concerns and incompatibility of the Russian with NATO air defence systems.

The United States has threatened Turkey with sanctions earlier for its planned acquisition of S-400s and repeatedly said it may delay or cancel the process of selling the F-35 aircraft to Ankara. Turkey is one of the seven states who participate in the F-35 program.

Turkey has said that the purchase of defensive weapons is its sovereign affair and has ruled out the possibility of abandoning its plans to complete the purchase.

Russia and Turkey signed a $2.5 billion loan agreement for the shipment of a total of four batteries of S-400 systems in December 2017. The first delivery is set for July 2019 and will proceed as scheduled, according to Turkish officials.