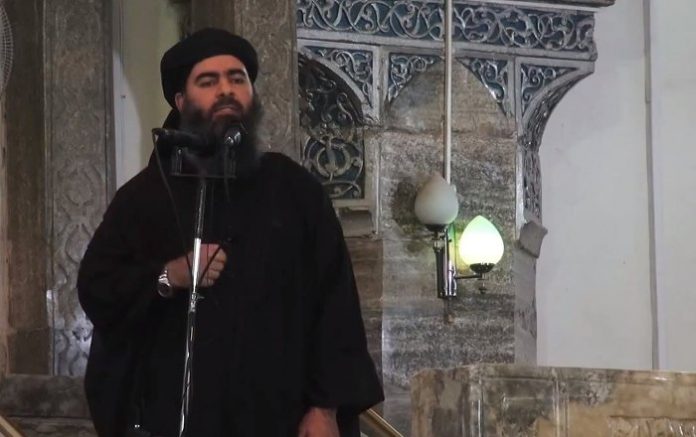 “Despite all the helpful reports to us from every source imaginable I’m unable to confirm or deny where he is, or whether he’s alive or dead,” Townsend told reporters.

Townsend said that he had no indications Baghdadi was killed, but also no proof he was alive either.

When pressed, he said “I don’t have a clue,” if the terror group’s leader was alive or dead.

Furthermore, he noted that Baghdadi’s death would not end the threat the Islamic State poses, although it might make US partners in the region happy.

“I just know it would make me feel a lot better if he were dead,” he added.

On June 16, the Russian Defense Ministry said al-Baghdadi was likely eliminated as a result of a Russian Aerospace Forces strike on a militant command post in the southern suburb of the city of Raqqa in late May. It noted that it was in the process of confirming the information through various channels.

On June 23, US Operation Inherent Resolve Col. Ryan Dillon said that the US has no conclusive evidence to believe that Baghdadi was killed in Russian airstrikes. However, the US “certainly would welcome the death of al-Baghdadi, but we do not have any definitive proof to lead us believe that this is accurate,” he added.

On June 29, Russian lawmaker Alexei Pushkov told Sputnik that the information of the Russian side the probability of al-Baghdadi’s death is about 100 percent. The lawmaker noted that information received from different sources indicated that there was a power struggle within Daesh for its top position, which serves as signal that al-Baghdadi is dead.

Al-Baghdadi appeared in the media for the first time in 2014 when he declared the creation of a caliphate in the Middle East. Since then, the media have reported several times about the death of the Daesh leader, though the information has never been confirmed.