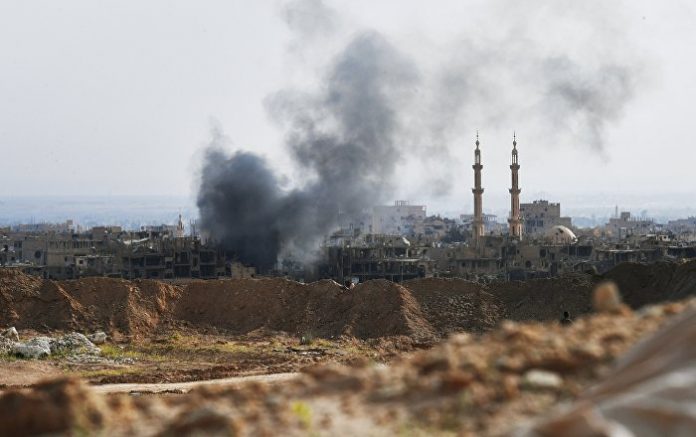 MOSCOW (Sputnik) — Morozov called the airstrike “a tremendous success” by the Russian intelligence agencies and the Russian Aerospace Forces as well as Syrian troops.

“We have practically decapitated Daesh,” Morozov said, commenting on the airstrike that has resulted in the elimination of four influential field commanders, including Daesh ‘war minister’ Gulmurod Khalimov, formerly a commander of the Tajik special police units.

According to Morozov, Daesh has lost leadership in finance and tactics.

“Daesh units will practically fall apart now, the density of jihadists on Syria’s territory will be low, which will allow to ‘cut’ Deir ez-Zor province into squares, where effective operations are possible from air and on the ground,” Morozov said.

The Syrian army, with Russian air support, has managed to finally break the three-year Daesh siege of the city of Deir ez-Zor. Until that point, food and ammunition had only been delivered to the city by air. Helicopters from the city of Qamishli had evacuated the wounded and delivering essential supplies to the city’s population.

The operation to break the siege of Deir ez-Zor, which lies 140 km south east of Raqqa, began after four months of planning and preparation in the wake of the completion of the operation to liberate east Aleppo in January. This operation ended serious rebel activity in western Syria, allowing pro-government forces to turn their attention to the east across the country’s desert region into Daesh heartlands.