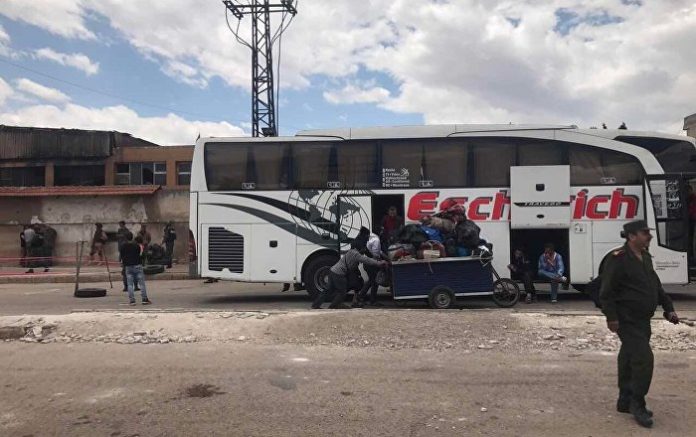 HOMS (Sputnik) — The withdrawal of militants from al-Waer district of the Syrian Homs was completed on Sunday after their last convoy left the city toward Jarablus, a Sputnik correspondent reported.

“The final convoy has departed from al-Waer district, while civilians not wishing to leave their homes remained in the district. After the sappers enter the district it will be decided, whether the mass media representatives will be allowed to visit the last liberated district,” a Syrian police officer told Sputnik.

The final eleventh stage of militant withdrawal started on Saturday with over 2,500 people leaving the city including 700 militants.

On March 13, Syrian authorities and militant groups in Homs reached an agreement under Russian mediation, implying that militants and their families would leave Homs in stages with guaranteed safe passage, courtesy of Syrian government troops.