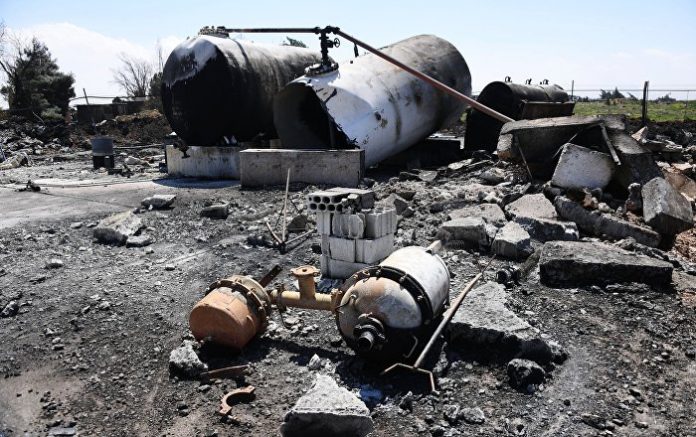 MOSCOW (Sputnik) – On Wednesday, French Foreign Minister Jean-Marc Ayrault said following an investigation carried out by Paris, that sarin gas was used in Idlib, adding that Damascus was responsible for the incident as the gas was allegedly produced by the Syrian research center.

“The Syrian Arab Republic condemns the frantic campaign of misleading and lies and the fabricated allegations launched by French Foreign Minister Jean-Marc Ayrault regarding the crime of Khan Sheikhoun which shows without any doubt the involvement of France in preparing this crime in the framework of its full partnership in the aggression on Syria,” the ministry said, as quoted by the Syrian Satellite Channel.

The ministry added that the French government had not got enough qualification or competence to make statements on the issue and Ayrault’s allegations were made in “an attempt to hide the truth of this crime and who stands behind it.”

On April 4, the National Coalition for Syrian Revolutionary and Opposition Forces blamed the Syrian government for the incident in Khan Sheikhoun. Damascus denied any involvement in the Idlib incident and the Syrian army said it did not possess chemical weapons as they were destroyed by the Organization for the Prohibition of Chemical Weapons (OPCW). The incident was used by the United States as pretext for a missile strike against the Syrian military airbase on April 7.

Later in the month, Syrian President Bashar Assad told Sputnik that there was no chemical weapons attack in Idlib, adding that the reports about the incident were a false flag play which was supposed to justify the US missile strike.