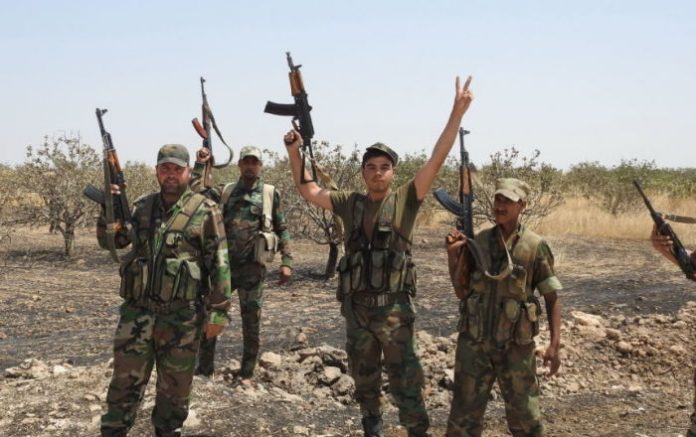 “After intensive strikes during the previous days and the complete encirclement of the terrorists completely in the north of Hama, our brave soldiers were able to liberate the following settlements: Khan Sheikhoun, Morek, Ltamenah, Tall as Sayyad, Latmeen, Kafr Zita, Lahaya and others,” a spokesman for the General Staff said in a statement aired by state-run Ikhbariya television.

“The advance continues at a rapid pace as the army intends to liberate the entire territory of Syria from the dirt of terrorists and their patrons,” the statement said.

According to the statement, work is underway to clear the liberated settlements of mines and other explosive devices.

Earlier in the day, a military source said that the Syrian troops had gained control over the villages of Kafr Zita, Ltamenah, Latmeen, Tal Fas north of Hama.