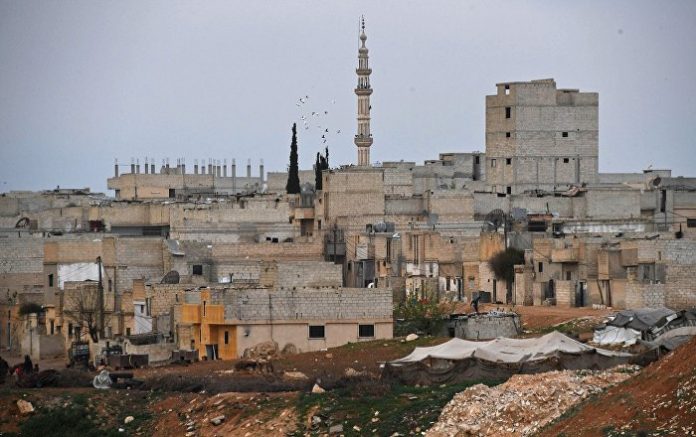 ​Once the drone was shot down, observers noted it appeared to be GPS-guided and similar to weaponized drones used by rebel forces to attack Russian airfields in Syria.

​Shortly before the attack on Hama’s airport, a similar drone attack was carried out against al-Zara power plant to the south of Hama.

Since Tuesday, Syrian forces have been locked in a battle across Hama Governorate with Hay’at Tahrir al-Sham, formerly known as al-Nusra Front and al-Qaeda in Syria. The Russian Foreign Ministry reported that one battle involved up to 500 al-Nusra fighters, Sputnik noted.

The northern parts of Hama Governorate sit inside the Idlib De-Escalation Zone, a nine-to-12-mile-wide area surrounding the front lines in northwestern Syria that was created in September 2018 to avoid the threat of war between Turkey and Syrian and Russian forces. The area is supposed to be devoid of heavy weapons, but in reality, the zone has become an area in which Turkish-aligned rebel groups like Tahrir al-Sham can consolidate their control — and launch attacks into neighboring areas, such as Hama.