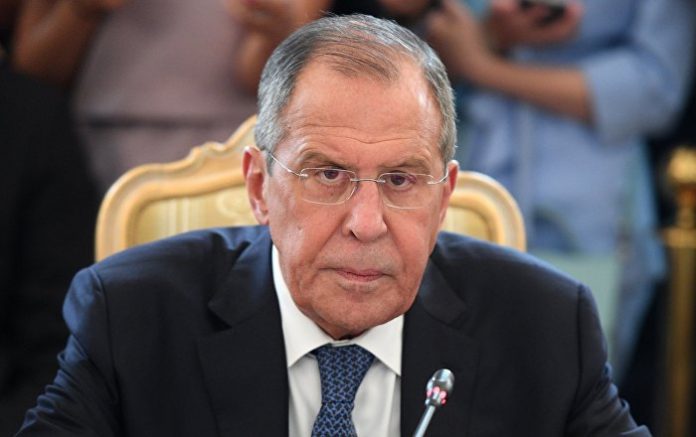 “The war in Syria has really come to an end. The country is gradually returning to a normal, peaceful life. Some hotspots of tensions remain in the territories that are not controlled by the Syrian government, such as Idlib and the eastern bank of the Euphrates,” Lavrov said in an interview with the Trud newspaper.

The minister thinks that the most important goals on Syria now are providing humanitarian aid for civilians and “promoting the political process on settling the crisis to achieve stable and long-lasting stabilization of the situation in the country and the whole Middle East region.”

Earlier in the day, Russian Foreign Minister Sergey Lavrov said that the Syrian opposition was playing an important role in the Syrian settlement.

“We believe the formation and launch of the committee designed to develop the constitutional reform will be an important step in advancing the political process led and carried out by the Syrians themselves with the UN assistance,” Lavrov said in an interview with the Trud newspaper.”In fact, convening it will enable the Syrian sides – the government and the opposition – to begin for the first time a direct dialogue on their country’s future,” he said.

According to the Russian Foreign Minister, Russia informed Israel about steps that it was taking to “support the efforts of the Syrian government in its fight against terrorists, who still remain in the Idlib zone, and promote issues related to humanitarian assistance and facilitation of the political process in the context of the formation of the constitutional committee.”

“We stressed, emphasized, the need – and here the Israelis fully agree with us – to ensure real, in practice, not only in words, respect for the sovereignty and territorial integrity of the Syrian Arab Republic. And in this sense, we on our part highlighted the issues of assisting the Syrian authorities and the Syrians on the whole in their returning to peaceful life,” he told reporters.

Lavrov added that Russia had also noted that sanctions that the United States and European countries had slapped on the legitimate Syrian government were fully counterproductive.

“We, in my opinion, found understanding from our Israeli counterparts on these issues,” the minister said.

Syria has been mired in a civil war since 2011, with the government forces fighting against numerous opposition groups as well as militant and terrorist organizations. Russia, along with Turkey and Iran, is a guarantor of the ceasefire in the Arab republic. Moscow has also been providing humanitarian aid to residents of the crisis-torn country.