“Qardash was responsible for the production and development of mustard gas, which was used for attacking Iraqi forces across the country. He plays a prominent role in the negotiation process between the group and its factions, as well as with other terrorist movements,” the office said in a statement.

According to the intelligence, Baghdadi and Qardash met at the end of 2011 in Baghdad. After a while, Baghdadi had tasked him with developing factories in Syria to produce weapons and various explosive devices.

Qardash, whose arrest was reported late on Wednesday by the Iraqi state media, also occupied a number of senior positions in Daesh, the office noted.

Baghdadi is claimed to have been killed as a result of a special operation by US Navy Seals in the Syrian rebel-held province of Idlib.

US President Donald Trump confirmed Baghdadi’s death and thanked Russia, Turkey, Syria, Iraq and the Syrian Kurds for their assistance in the operation.

*Daesh [the Islamic State, ISIL, IS] – a terrorist organisation banned in Russian and a number of other countries 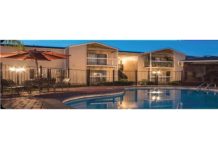