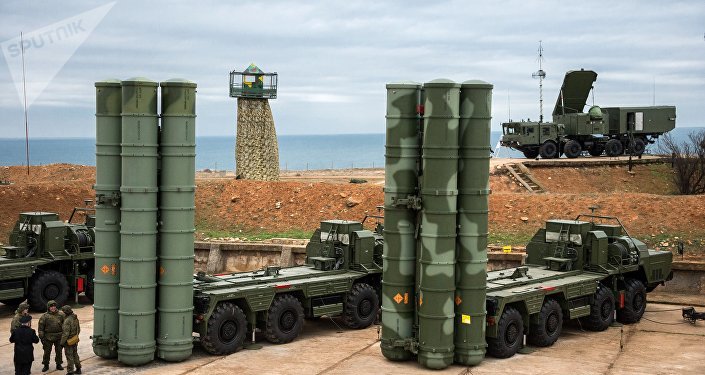 On 16 November, Greek weekly newspaper Proto Thema reported that Athens is striving to buy up to 24 brand-new or used fifth-generation F-35 fighter jets from the US, citing a letter written by Ret. Gen. Lieutenant General Theodoros Lagios, the head of the General Directorate for Defence Investments and Armaments. According to the newspaper, Athens is in haste as the Russian S-400 anti-aircraft systems procured by the Turks could create “problems” for daily activities in the Hellenic Air Force (HAF).

“If Greece buys F-35 fighters, Turkey will use S-400 systems against them. The whole world knows that these fighters are not ‘invisible’ for the detection systems of the Russian-made air defences. This is exactly what the United States is concerned about”, says Nejat Eslen, a retired major general with the Turkish Armed Forces.

The US should think twice before bolstering the Greek military forces since Washington’s “full and unconditional support for Greece in the Aegean and Eastern Mediterranean regions is not in American interests”, according to the retired major general.

“Turkey is a very important player for the United States and NATO in general in terms of its geopolitical position and its real capabilities”, he says. “The US must take into account the strategic balance of forces between Turkey and Greece”.

Greek daily Kathimerini reported on 16 November that the country’s Defence Minister Nikos Panagiotopoulos had readied to acquire six F-35 jets, “with few flight hours”, suggesting that they could be delivered to Greece in 2021. According to the media outlet, 18 more American fifth-generation stealth jets will be bought “in due course”.

Apart from purchasing F-35 jets, the Greek government is also planning to reinforce the Hellenic Air Force (HAF) with French-made Rafale aircraft, unmanned aerial vehicles (UAV), and drone response systems, the newspaper noted, adding that the ultimate goal is to make the HAF capable of supporting “a significant range of operations throughout the Eastern Mediterranean” thus achieving strategic parity vis-a-vis Turkey in the region.

“If Greece continues to push ahead with the acquisition of the F-35s, Turkey will be able to minimise the efficiency of Athens’ use of these fighters by using the S-400”, Eslen stresses. “When Ankara deploys the S-400 in the Aegean Sea and the Eastern Mediterranean, it will allow [Turkey] to establish regional superiority over both Greece and other countries in the region that conduct provocative policies in the Eastern Mediterranean”.

In 2019, the US ousted Turkey from the F-35 joint strike fighter programme over Ankara’s decision to buy the S-400 air defence systems from Russia. Initially, Ankara planned to acquire up to 100 F-35s over the course of the programme. As Defense News reported in July 2020, “the eight production Lot 14 F-35A aircraft originally planned to be delivered to Turkey in 2022-23” was redirected to the US Air Force, while six other F-35A jets modified for Turkey were “added to the [US] FY20 defence budget”.

Why Turkey’s Decision to Operate S-400 is ‘Fully Justified’

Eslen highlights that instead of beefing up its military presence in the region Athens needs to take steps to resolve problems in bilateral relations with Turkey, taking into account the countries’ common interests.

“Given that its economy is in a dire state, Greece spent this money on building factories in the country instead of buying the F-35”, he suggests.

Greece’s projected Air Force modernisation comes amid simmering tensions between Athens and Ankara over the latter’s energy exploration activities in the disputed waters of the Eastern Mediterranean. Turkey’s decision to dispatch the seismic vessel Oruç Reis in August 2020 to waters also claimed by Greece and Cyprus became triggered the ongoing row.

The retired general expressed concerns over the pressure increasingly exerted on Turkey by Western countries and its NATO allies.

“Against whom does Greece want to use the F-35 aircraft?” he asks. “Why did France send its aircraft carrier to the Eastern Mediterranean? Turkey’s perception of threats has changed since the Cold War. Today Turkey receives threats from NATO member states. Western countries support elements that pose a threat to Turkey’s national interests, such as the Kurdistan Workers’ Party [designated as a terrorist organisation by Ankara] and Kurdish People’s Protection Units (YPG). Accordingly, Ankara is forced to take the necessary measures to ensure its security. Its determination to purchase and operate the S-400 is fully justified”, Eslen concludes.