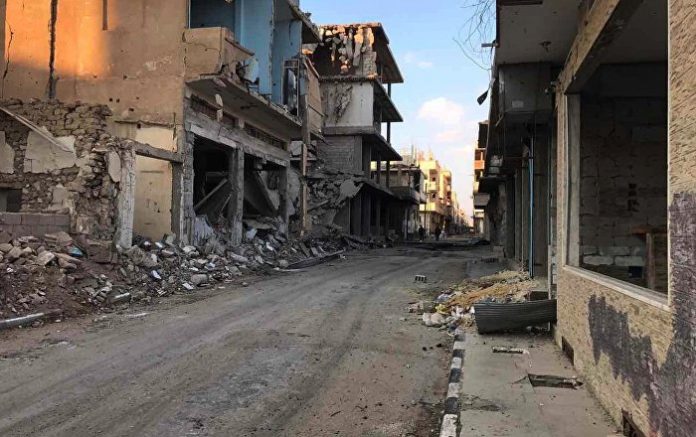 BEIRUT (Sputnik) – Earlier this month, Homs Governor Talal Barazi said that al-Waer would be completely cleared of militants and weapons by May 20. He pointed out that the reconstruction works around the neighborhood had started over 10 days ago.

“About 450 people, including 100 militants, were evacuated from the al-Waer neighborhood of Homs as part of the tenth stage of the militants’ withdrawal,” the source said.

On March 13, Syrian authorities and militant groups in Homs reached an agreement under Russian mediation, where militants and their families would leave Homs in stages with guaranteed safe passage, courtesy of Syrian government troops. Over 9,000 people, including around 3,000 militants, have already left the city.