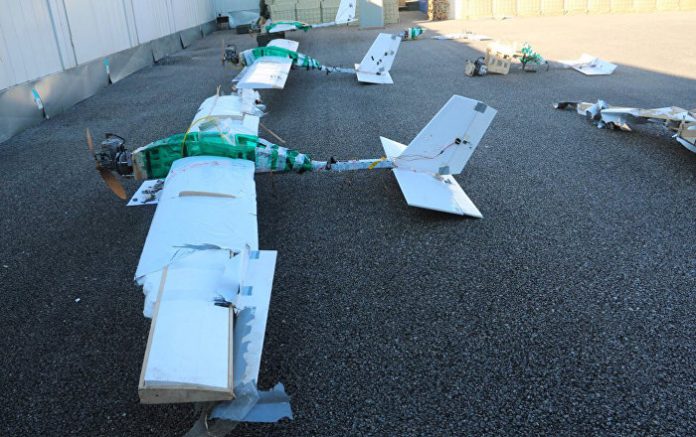 A source in the Syrian army told Sputnik that more than five unidentified unmanned aerial vehicles (UAVs), which were earlier eliminated near the Russian Hmeymim airbase in Syria, were “most likely on a reconnaissance mission.”

The source also said that “on closer examination it became clear that the UAVs’ parts were made in Western countries.”

“The drones were invisible to conventional radars, because they were made of wood, plastic and modern innovative materials. Despite the deliberate use of these innovation technologies, the UAVS were detected by the Russian military,” the source stressed.

It explained that first and foremost, the drones were tracked by the Russian-made photodetectors and secondly, adding to the UAV’s destruction were the Syrian National Defense Forces (NDF) who are specifically tasked with protecting the territory around the Hmeymim base.

“After NDF fighters found out that the drones were flowing at low altitude, they shot down two UAVs with the help of Kalashnikov assault rifles,” the source added.

Earlier, a representative of the Hmeymim airbase reported that on June 30, a group of UAVs of unknown origin was detected by Russian airspace control to the northeast of the airbase and that all the drones were obliterated shortly after.

In a previous incident, Russian air defense systems intercepted two combat drones launched by militants near the base in late April. 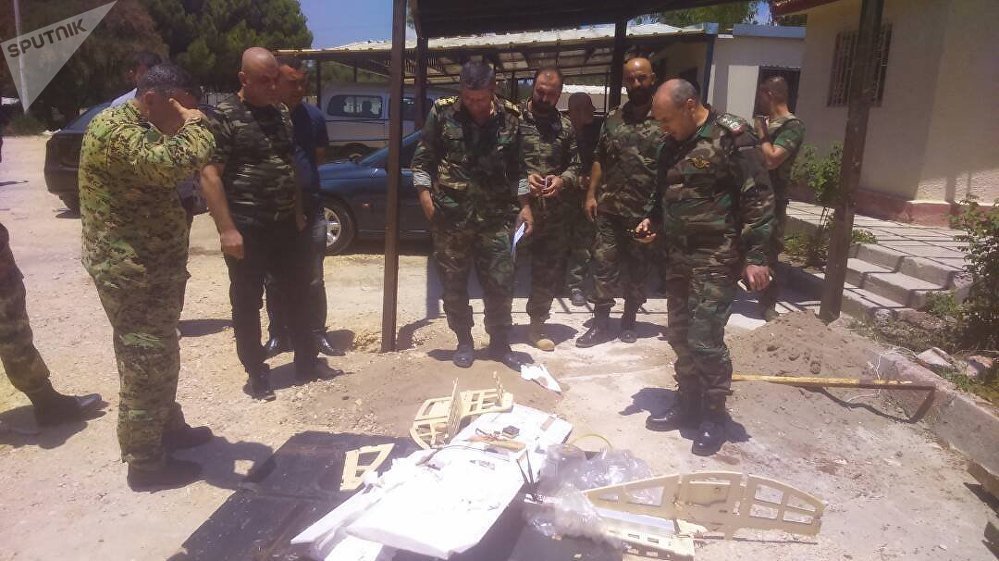 The air defenses of the Russian airbase in Syria have been strengthened after a massive drone attack against Russian military facilities, including the Tartus Naval base and Hmeymin airbase on January 6. The Syrian government forces took control over six out of 13 drones as seven others were destroyed.

Russian servicemen were deployed to Syria in 2015, in a move initiated by the Syrian government who asked Moscow’s assistance in the fight against terrorism.

In December 2017, the Russian Defense Ministry announced complete destruction of Daesh* in Syria which were followed by Russian President Putin proclaiming “victory over terrorists” and ordering the partial withdrawal of Russian forces from Syrian territory.