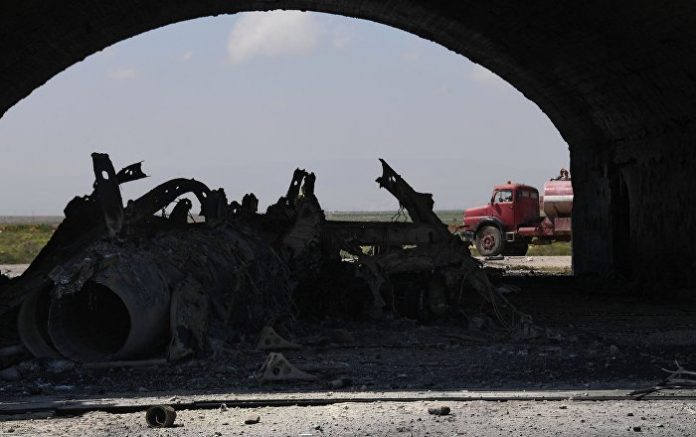 WASHINGTON (Sputnik) — Tensions between the United States and Russia after the US missile strike on a Syrian airfield last week will not spiral out of control, Mattis said in a press conference on Tuesday.

“I am confident the Russians will act in their own best interest,” Mattis stated. “There is nothing in their best interest to say they want this situation to go out of control.”

On Thursday night, the United States launched 59 Tomahawk cruise missiles at a Syrian government airbase. Donald Trump said the bombardment of the airbase was conducted in response to a chemical attack on civilians on Tuesday that killed more than 80 people, including children.

Following the attack on the base, Moscow called it an “aggression act against a sovereign state” and the Russian Defense Ministry suspended the Russia-US deconfliction mechanism aimed to avoid aerial incidents over Syria.

Commenting on the issue, the Pentagon chief noted that America continues to operate in Syria in a safe manner after the Russian announcement it would terminate the deconfliction line between the two countries.

Going into details of the US operation in Syria, Mattis said that at the moment Washington is considering the application of no fly and safe zones in Syria.

“Implementing no-fly and safe-zones in Syria is always under consideration,” he pointed out. “The President [Donald Trump] always has options.”

In conclusion, the defense secretary said that US policy in Syria has not changed and its priority is still defeating Daesh (outlawed in Russia).

“Our military policy in Syria has not changed. Our priority remains the defeat of ISIS [Daesh],” Mattis stated.