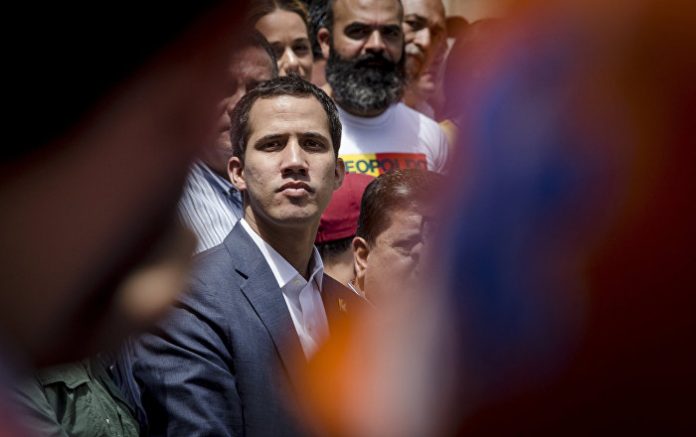 On Saturday, Guaido said on Twitter that his bodyguards were “kidnapped” by the incumbent President Nicolas Maduro’s government in Caracas. A day earlier, following three-day talks on Barbados and multiple prior efforts by international mediators, the government and opposition agreed to engage in negotiations toward normalizing the political situation in the country.

“They intended to sell the weapons that they had stolen from the arsenal of National Bolivarian Armed Forces and used it to attempt a coup on April 30,” Rodriguez said at a press conference.

He added that a month-long investigation found that Erick Sanchez, Eduardo Gonzales and Jason Parisi planned to raise at least $35,000 for the stolen AK-103 guns belonging to the country’s special armed forces.

Venezuela entered a turbulent political crisis after Guaido proclaimed himself interim president in January. Several countries, including the United States, have endorsed him as Venezuela’s leader and urged Maduro to step down. Maduro, in turn, has accused the United States of attempting to orchestrate a coup in the country and bring Guaido to power.