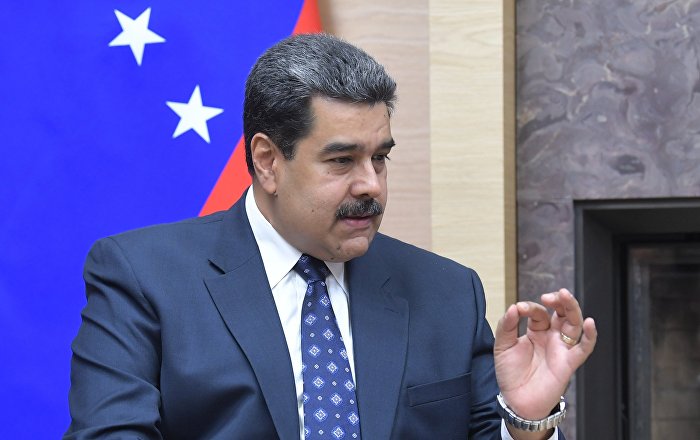 Venezuelan President Nicolas Maduro has announced that fuel prices will go up in the country as of 1 June, with gasoline due to be sold at 5,000 bolivars (2.5 US cents) per litre at gas stations nationwide.

These will include 200 stations that will sell premium fuel at the equivalent of 50 US cents a litre, and gasoline will be limited to 120 litres (30 gallons) per month for each vehicle, according to Maduro.

“This is a war, my dear fellow countrymen who listen to me, a brutal war”, the Venezuelan president said in an address to the nation on Saturday, adding that the US is “persecuting any company that brings a drop of gasoline to Venezuela”.

He also said that Venezuela should charge international prices for gasoline “sooner rather than later, to prevent it from being stolen from Colombia and the Caribbean”.

“That should not be decreed or done haphazardly. It should be done through planning and strategy”, Maduro pointed out.

Oil Minister Tareck El Aissami, for his part, pledged that diesel fuel, which is vital to industries and electric power plants, will still be subsidised “100%”.

The remarks followed Maduro’s announcement on Thursday that he had appointed a team of specialists from the government to implement a plan of gas distribution in the country and review the price for imported fuel on the domestic market, which has been one of the lowest in the world due to government subsidies.

“We buy gasoline abroad, from Iran and other countries, for dollars. Many people suggest, and I agree that gasoline will have to be charged. I will send a special team of consultants and specialists to assess the cost of gasoline. It will be laid down in the normalisation plan and regulation, and I ask for support and understanding from Venezuela”, Maduro said in an address broadcast by the channel VTV.

The statement was followed by five Iranian tankers carrying fuel and oil refinery equipment arriving in Venezuela earlier in the week.

The deliveries took place despite US warnings of fresh sanctions on both Tehran and Caracas, although officials in Washington stated that there are no current operations planned to stop Iranian tankers en route to the South American country.

On 14 May, Venezuelan Foreign Minister Jorge Arreaza stated that Washington’s tracing and tracking of fuel tankers entering Venezuelan waters constituted a violation of international law. Iran, in turn, warned that any US attempt to intercept the tankers would constitute an “act of piracy”, and that Tehran would have “the right to take the necessary steps to counter [American] threats”.

Iran earlier rejected what it described as “baseless” allegations by US Special Representative for Venezuela Elliott Abrams who asserted that Tehran is supplying Caracas with equipment needed to restart the South American country’s refineries in exchange for gold from Venezuelan reserves.

Washington started introducing harsh economic sanctions against the Venezuelan economy, which is in the throes of an ongoing crisis, back in 2018 in an effort to oust democratically elected President Nicolas Maduro.

At the time, Washington moved to freeze the US-based assets of the national oil and gas company Petroleos de Venezuela (PDVSA) as part of its efforts to sanction the nation. Caracas slammed the move as unlawful and accused Washington of seeking to get its hands on Venezuela’s oil reserves. The subsequent shutdown of many PDVSA refineries prompted Caracas to consider importing fuel.