The channel noted that Cotas, a non-governmental paid TV provider, had sent a notice to RT on Wednesday.

“This is a decision taken by the company’s administration, which tasked us with shutting down the channel’s broadcast,” the statement said, without providing any further details.

RT noted that it was unclear whether the decision came from the company’s management or whether they were subjected to pressure from the interim government that came into power following the ousting of longtime President Evo Morales earlier in November.

Avaro Garcia, who served as vice president under Morales, spoke with RT and expressed fears of increased repressions.

“There’s no freedom of expression or freedom of the press in the country, but there’s the prosecution of some leaders, murders, yet there are no culprits found,” Garcia said.

RT-Spanish was similarly blocked from broadcasting in Ecuador after Interior Minister Maria Paula Romo complained about the channel’s coverage of anti-austerity protests in the country. Former president of Ecuador Rafael Correa hosts a show on RT-Spanish and believes his critical views of the current government of Lenin Moreno are behind the censorship attempt.

Correa, like Morales, was part of the so-called pink wave in South America, which saw several left-leaning leaders rise to power to combat poverty and Western capitalist hegemony. 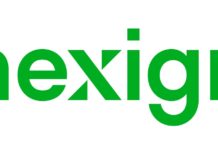