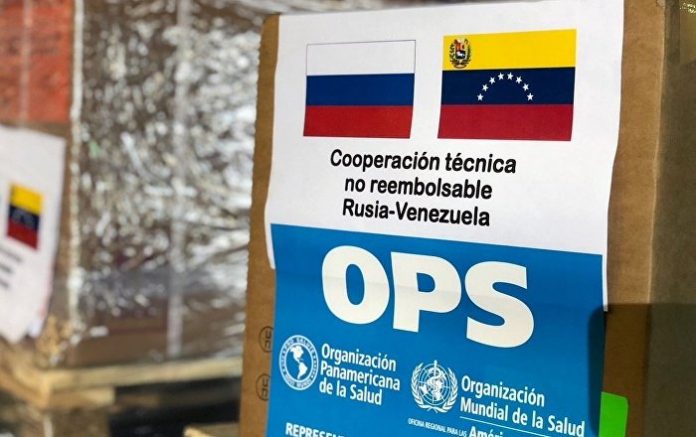 Addressing US concerns Zakharova said that the United States had no reason to worry, as the presence of Russian specialists in Venezuela does not upend the balance of regional forces. She underlined that Moscow’s cooperation with Caracas was in strict adherence to the legislation of both countries.

The Russian Foreign Ministry’s response comes as the presidents of Russia and Bolivia held a meeting in Moscow, during which the two leaders agreed that foreign interference in Venezuela’s affairs was inadmissible.

“The Russian side has repeatedly stressed that foreign meddling in Venezuela’s affairs is inadmissible. President Morales shares the same position. We hope that as a result of negotiations between Venezuelan government and opposition, launched thanks to Norway’s mediation, solutions acceptable for all the Venezuelans will be formulated, and the situation in the country will be normalised”, Putin said.

In June, Russia sent its specialists back home; they had, over the course of some months, been providing technical support to Caracas in maintaining military equipment.

Venezuela has been embroiled in a political crisis since January after US-backed opposition leader and head of the National Assembly Juan Guaido proclaimed himself interim president in a bid to replace incumbent president, Nicolas Maduro.

The United States and its allies, including a number of EU nations, immediately recognised Guaido, while Russia, China, Cuba, Bolivia, Turkey among others voiced their support for Maduro as the country’s only legitimate president.