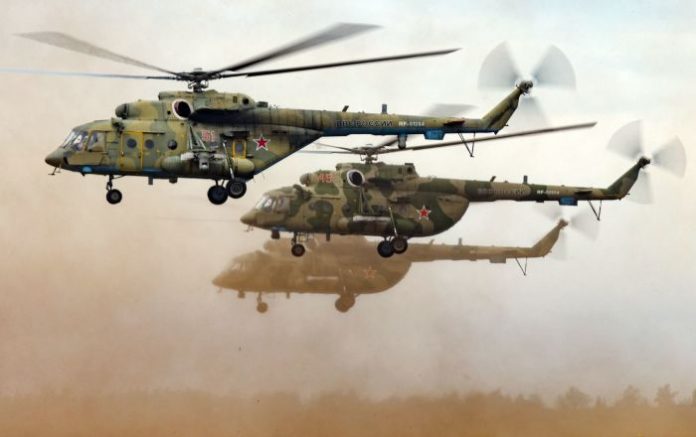 According to Punchuk, the signing of new contracts on the supply of Russian weaponry to Venezuela is unlikely at this point due to the crisis in the Latin American country.

“We currently see our task in maintaining the equipment we have supplied earlier. Taking into account the crisis the country is experiencing, the signing of new contracts on the supply of ready-to-use weapons and military equipment is unlikely at present”, he said ahead of the opening of the international defence technology exhibition SITDEF Peru 2019, that would open on Thursday.

According to the Russian official, Venezuela is currently one of the largest operators of Russian-made military equipment in Latin America, and the Venezuelan Armed Forces are equipped with the most modern Russian weaponry, including aircraft, helicopters, air defence systems, and armoured vehicles.

“I will not hide the fact that the sanctions imposed by the United States and Western European countries on Venezuela and Russian companies exporting military products have a negative impact on the development of military-technical cooperation between our countries. The United States is trying to use the blockade of the country to hamper the delivery of spare parts and units, which is a form of unfair competition on the arms market”, Punchuk stressed.

At the same time, he said that the construction of a plant to manufacture Kalashnikov assault rifles in Venezuela is proceeding on schedule, despite the blockade, organised by Washington having had a negative impact on the pace of its installation.

According to previous reports, the completion of the plant is expected in 2019.

US Pressure on Arms Sales

Punchuk also noted that applied by the United States and several European countries are one of the reasons of Russia’s small order portfolio in the region.

“The general value of the market for military purpose products in Latin America is rather significant and is estimated at between $40 and $50 billion. At the moment, the order portfolio of Russian enterprises is small and amounts to about several percent. This is due to the cyclical acquisition of equipment by countries in the region, limited budget financing as well as political pressure and sanctions by the US and several European countries”, the Russian official explained.

“A significant amount of weapons and military equipment, with which the national armies and security forces are equipped, was supplied in the course of interaction. This is due to the adaptability of our technology to the climate of the Latin American region”, he stressed.

© Sputnik / Ministry of Defence of the Russian Federation