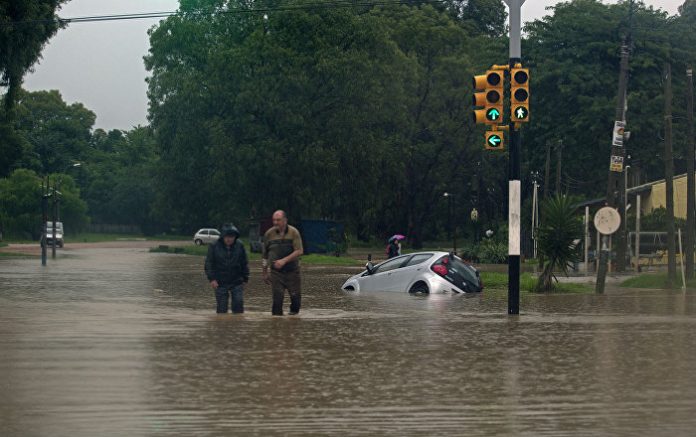 “… the total number of people displaced in that department currently stands at 1,675. Of this total, 645 have been evacuated and 1,030 have self-evacuated,” SINAE said in a Thursday update.

According to SINAE, the level of the Cuareim (Quarai) River continues to fall, currently the water is at 8.8 meters (about 29 feet), almost 3 meters (10 feet) less than the Wednesday level.

All the people who have been evacuated amid flooding, which started as heavy rains caused the river to burst its banks, are currently housed at 15 temporary shelters, according to SINAE.