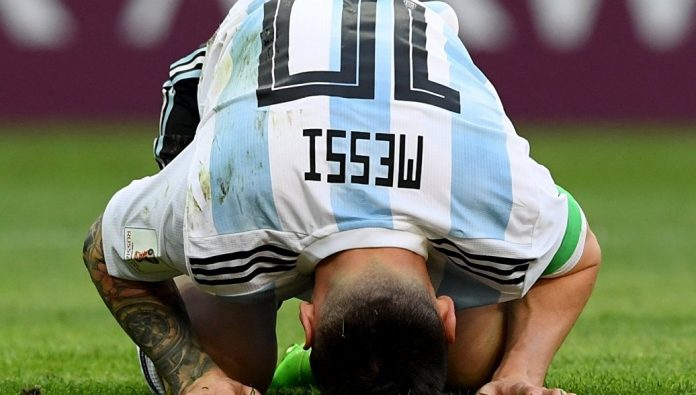 Argentina captain Lionel Messi’s outburst against South America’s CONMEBOL could result in the star striker receiving a two year ban, meaning he could miss the 2022 FIFA World Cup qualification as well as the 2020 Copa America, hosted by his homeland, the Spanish outlet AS reports. The media cites the rules of South America’s football governing body, which prohibit insulting the organisation in any way.

After the FC Barcelona star refused to take part in the Copa America bronze medal ceremony following Argentina’s victory over Chile and told off CONMEBOL, the organisation accused him of showing a lack of respect “to the hundreds of professionals of CONMEBOL, an institution that since 2016 has been working tirelessly to make South American football more transparent, professional, and well-developed”.

“In football, sometimes you lose and sometimes you win. One of the fundamental pillars of fair play is to accept the results and the refereeing decisions with respect”, its statement said.

​Although Argentina snapped up a consolation prize after being stopped by Brazil in the semi-finals, No. 10 was not on the field to see this happen because he had been sent off after a first-half altercation with Chilean midfielder Gary Medel.

Minutes before half-time, Messi nudged Medel as he chased the ball into the box, and the latter reacted by chest-bumping the Argentinian twice. Although Medel appeared to be the one to lose his temper, the referee decided to give a straight red card to both players.

Messi boycotted the medal ceremony of the biggest tournament in South American football, saying he “did not want to be part of this corruption” and claimed his squad “shouldn’t have to be part of this disrespect we suffered during the Copa America”.

“We could have gone further but we weren’t allowed into the final. Corruption, referees and all the rest stopped people from enjoying the football”, the Argentinian star explained.

This is not the first time that he has taken aim at CONMEBOL. During this tournament he earlier lashed out at the refereeing after a 2-0 defeat by bitter rivals Brazil in the semi-final. He criticised the decision not to award his team a penalty before Brazil’s second goal, insisting that the referee was on the hosts’ side and “inclined the pitch their way” in every dispute.

“It’s not an excuse, but the truth is that, in this Copa, they kept on blowing for stupid things, for handballs, penalties. But today, they didn’t even go to VAR when there were clear plays that should have been looked at”, Messi ranted.

Although the Argentinians won gold at the 2008 Summer Olympics in Beijing and finished second in the 2014 World Cup in Brazil with Messi, who is the nation’s all-time top-scorer with 68 goals in 136 matches, they could not break the country’s 26-year title drought at the Copa America.