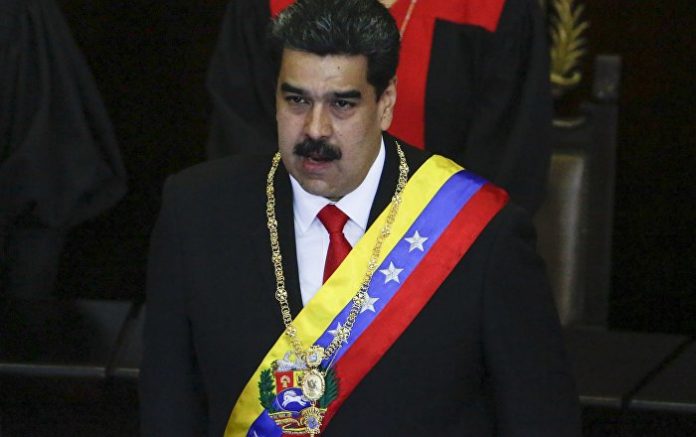 “I call on the president of Mexico, the president of Uruguay, the president of Bolivia and the prime ministers of 14 CARICOM [the Caribbean Community] countries to take again the initiative in the dialogue, which was agreed upon in Montevideo two months ago,” Maduro said during a mass rally in Caracas.

Maduro added that with the participation of Mexico, Uruguay, Bolivia and the Caribbean countries Venezuela could establish a national dialogue with all political, cultural, economic and social sectors.

In January, US-backed opposition leader Juan Guaido illegally declared himself interim president of Venezuela after disputing Maduro’s reelection victory in May. Washington immediately endorsed Guaido and called on Maduro to step down. A number of Latin American countries, including Colombia and Brazil, followed suit and recognized Guaido.

Maduro has accused the United States of trying to orchestrate a coup in order to install Guaido as a US puppet. Russia, China, Cuba, Bolivia, Turkey and a number of other countries have voiced their support for Maduro as the only legitimate president of Venezuela.

READ MORE: Prof on US in Venezuela: ‘They Don’t Care About Authority’

In February, the governments of Mexico, Uruguay and CARICOM proposed the Montevideo mechanism to resolve the crisis, which envisages four phases: creating conditions for a direct dialogue between the conflicting sides in Venezuela, negotiations process, drafting of an agreement and implementation of the deal.