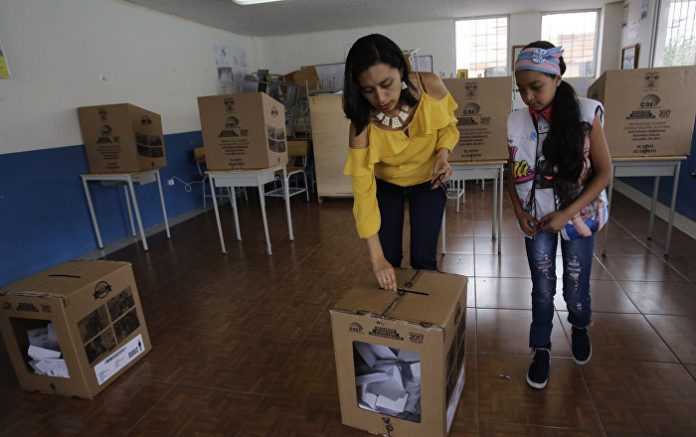 MEXICO CITY (Sputnik) — The second round of Ecuador’s presidential election was held on April 2, with candidate from the ruling left-wing PAIS Alliance party Lenin Moreno having received 51.15 percent of votes and his opponent Guillermo Lasso from the opposition Creo-Suma alliance having got 48.85 percent.

Lasso demanded full recount of votes immediately after announcement of preliminary results of the presidential election explaining his request by a 8-percent gap between the results of voting and exit-polls. The National Electoral Council agreed only on partial recounts of votes.

Last week, the National Electoral Council confirmed Moreno’s victory after having recounted 296,000 votes. On Tuesday, about 1.2 million votes will be recounted.