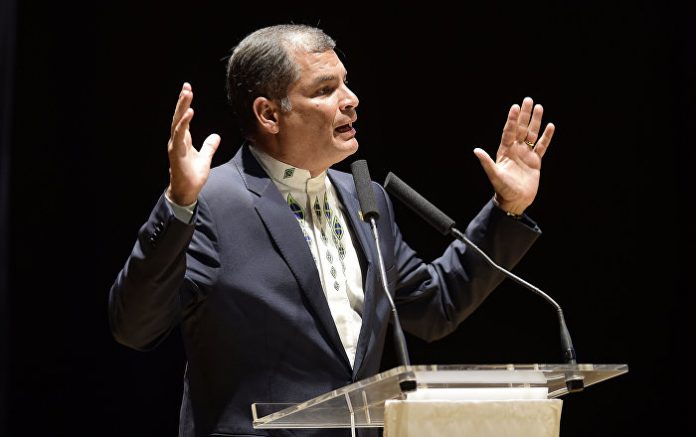 MOSCOW (Sputnik) — On Tuesday, police broke up a rally of supporters of Guillermo Lasso, who demanded a full recount of votes after losing the election to ruling left-wing PAIS Alliance party’s candidate Lenin Moreno.

“We are calling on the whole country, not only on the PAIS Alliance and government’s supporters, to [stage demonstrations] … in the capital of Quito in order to say ‘enough’ to losers,” Correa said, as quoted by the El Comercio newspaper.

President-elect Moreno and Jorge Glas, the re-elected Ecuadorian vice president, will take part in the next Saturday demonstrations, Correa, who is also a leader of the PAIS Alliance, added.

The second round of Ecuador’s presidential election was held on April 2, with Moreno receiving 51.15 percent of votes and Lasso, the candidate of  the opposition Creo-SUMA alliance, getting 48.85 percent.

Lasso asked for a full recount immediately after the announcement of preliminary results of the second round of presidential election last week. The opposition candidate claimed that the second round was fraudulent and challenged hundreds of allegedly faulty electoral rolls.

On Tuesday, the country’s Electoral National Council (CNE) confirmed that Moreno won the election after carrying out a partial recount of the votes in the presence of delegates from political organizations.

Both parties have called for a new recount, with Lasso demanding to recall the voting sheets with mistakes and Moreno’s supporters claiming that the candidate won more votes than was officially announced.

A new recount of votes is scheduled for April 18, according to media reports.