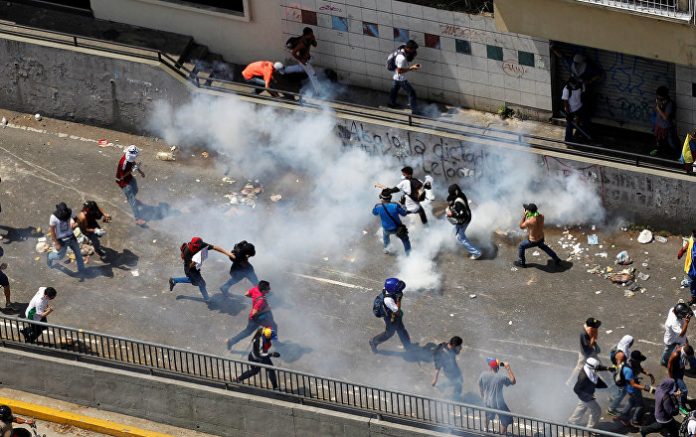 MEXICO CITY (Sputnik) — According to earlier reports, five people were killed in the protests, which were sparked after the country’s Supreme Court attempted to take on the legislative functions of the country’s National Assembly, controlled by the opposition. The court’s ruling, however, was later reversed.

According to El Universal newspaper, Borges blamed the Venezuelan authorities for the deaths and urged the army to disarm the militarized troops backing President Nicolas Maduro.

“Civil militarized armed groups should be banned, since it contradicts the existence of the Venezuelan military forces, the only one who have a monopoly on the use of weapons in the country,” Borges said, as quoted by the newspaper.

Earlier on Thursday, the Nacional newspaper reported that Venezuelan security forces dispersed another opposition protest, which was blocking one of the main highways of the country’s capital Caracas, by using tear gas and rubber bullets.

Venezuela has seen a series of demonstrations this week which were triggered by the country’s Supreme Court move amid a severe economic crisis in the country.