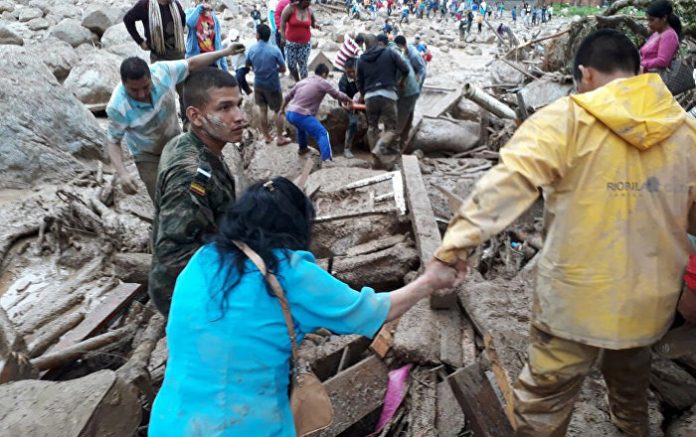 MOSCOW (Sputnik) – The death toll from the landslides that occurred in the city of Manizales in Colombia’s coffee-growing region this week now stands at over a dozen, local authorities have announced.

“The situation is regrettable … I think the death toll could be 15 or 20,” Manizales Mayor Jose Octavio Cardona said on Wednesday, as quoted by El Colombiano.

According to the newspaper, the official death toll from the Wednesday landslides now stands at 14. At least 23 people were injured and 22 are still missing. There is a police officer among the dead.

According to Cardona, at least 70 families have been affected by the series of mudslides that were set off by heavy rains of Wednesday morning. The landslides destroyed at least 30 homes.

The landslides in Manizales, the capital of Caldas province, took place after the monthly average of rain fell in just one night. More than 300 people were killed in a similar disaster in Colombia’s southwestern Mocoa city earlier this month.