Military personnel with shields and assault rifles are monitoring public order in Santiago Chile, where protests go hand-in-hand with the course of everyday life, a Sputnik correspondent reported.

Over a thousand demonstrators gathered in central the Plaza Baquedano (formerly Plaza Italia) on 22 October. Some of them started to leave ahead of the announced curfew, while police began dispersing the rest of the protesters using tear gas and water cannons.

The black poster says: “This is not democracy, this is dictatorship”. 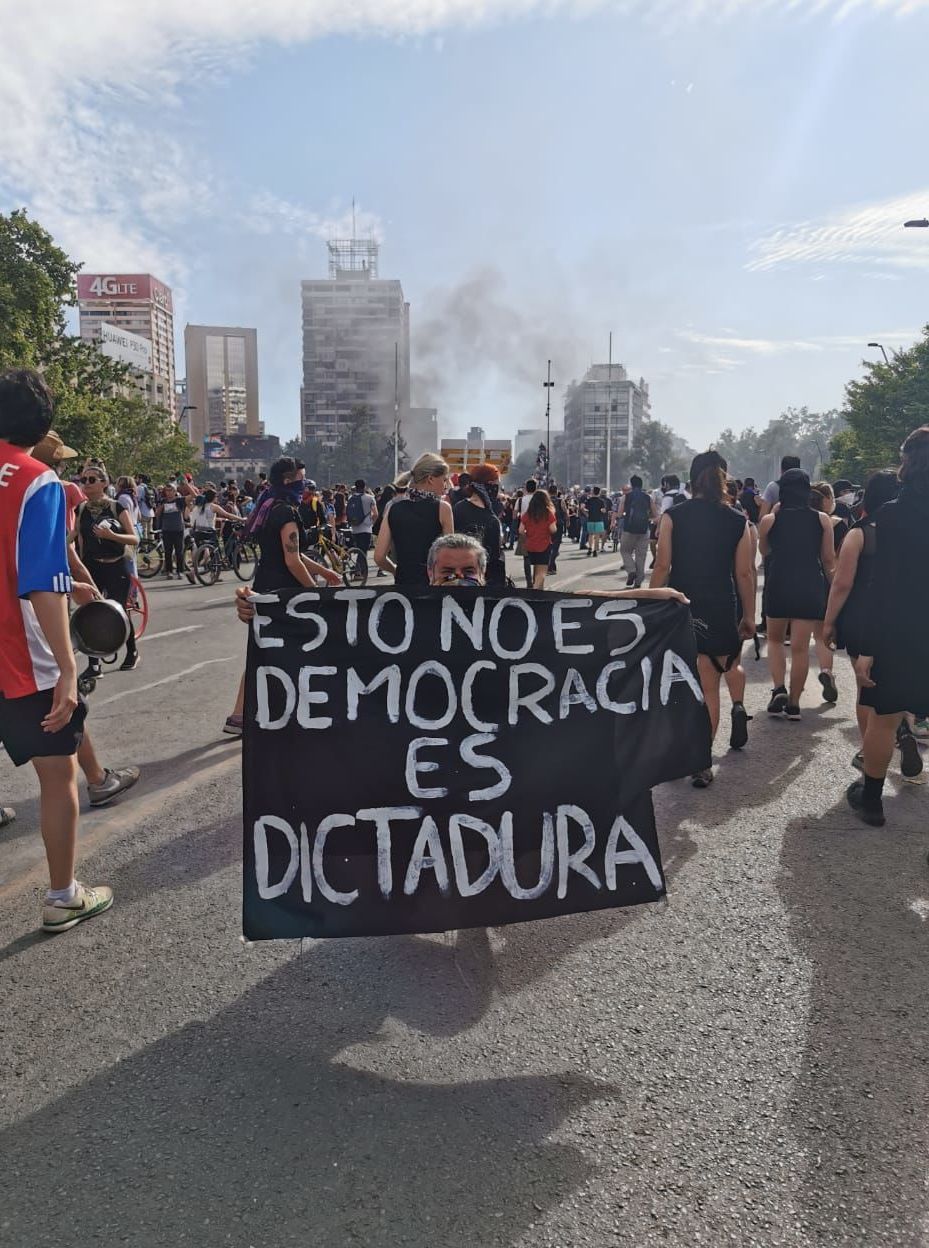 According to the Sputnik correspondent, some of the protesters in Santiago returned to Baquedano Square after police efforts to disperse the crowd. 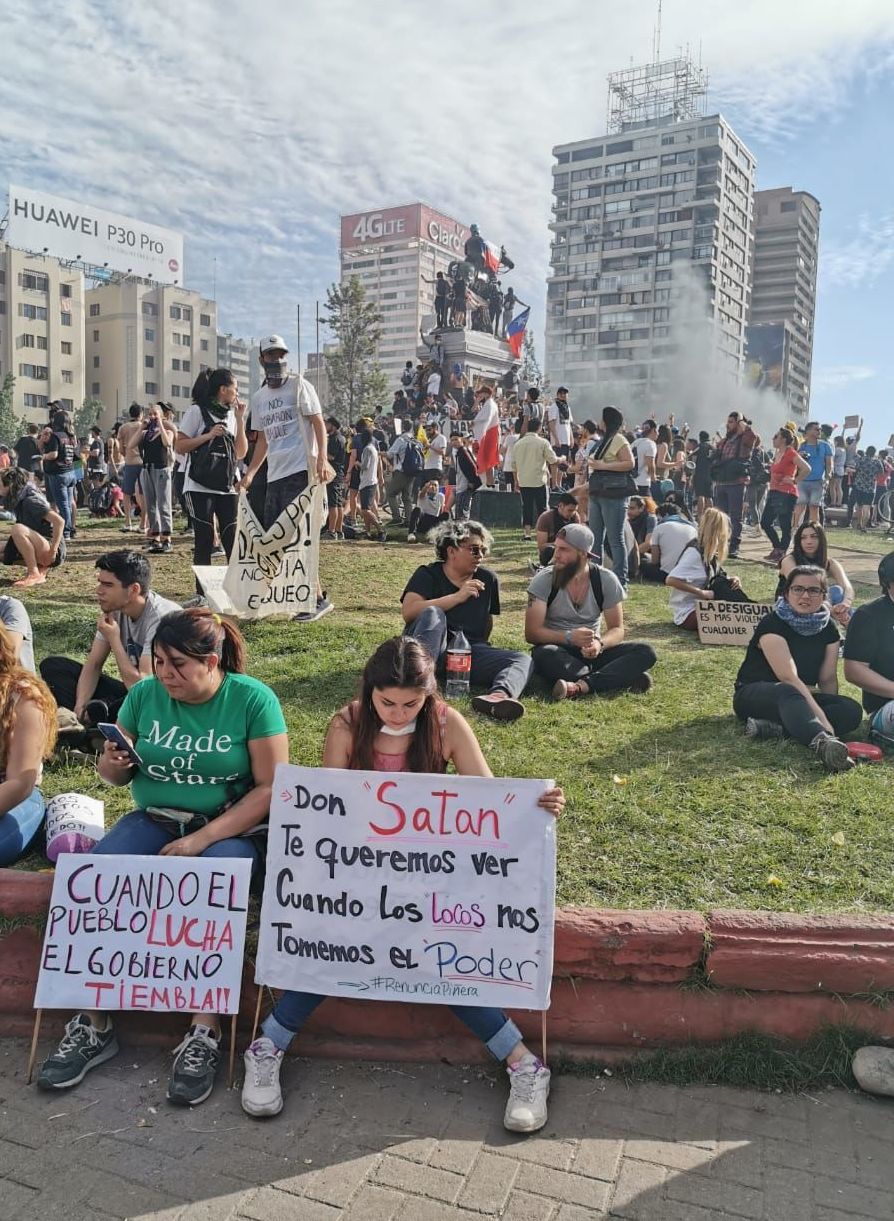 The Chilean authorities earlier announced that a curfew would come into effect on Tuesday evening in Santiago, as well as in Conception and Valparaiso. The curfews will be in place until early Wednesday morning.

A state of emergency was announced by Chilean President Sebastian Pinera on 18 October, when protests against planned subway fare increases turned violent, with demonstrators setting fire to subway stations and buses.

By 20 October, the death toll from the protests, which started in the first week of the month, had reached seven people.

Pinera said over the weekend that he was suspending the planned subway fare increase, but riots continued in Santiago, Valparaiso, and Concepcion.