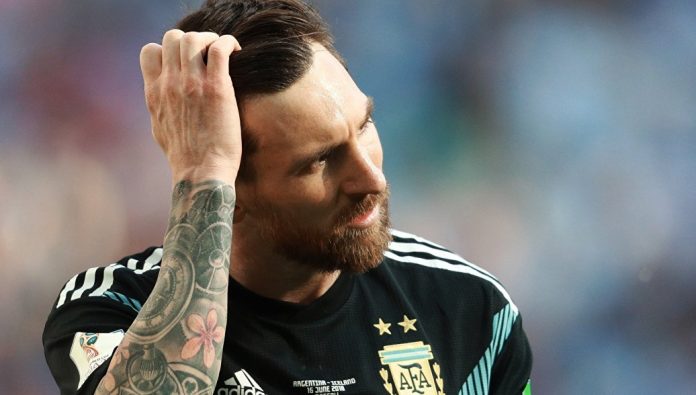 The Brazilian national team’s manager, Adenor Leonardo Bacchi, better known as Tite, has slammed Argentina’s Lionel Messi, who questioned the refereeing during the semi-final game between his country and Brazil at the Copa America and accused South American football’s governing body, CONMEBOL, of corruption.

“I considered him an extraterrestrial player, but he should show a little more respect, understanding and acceptance; we were also harmed in several matches here and at the World Cup, take care of what is said”, he told the Spanish-language branch of ESPN.

He insisted that his team had played clean against Argentina shortly following the Brazilian squad becoming Copa America champions after defeating Peru 3-1 in the final. Tite regarded Messi’s outburst as a response to his expulsion in the match for third place against Chile after a first-half altercation with midfielder Gary Medel, who chest-bumped the Argentinian after the latter nudged the rival player.

“I want to believe he said that after he was unfairly expelled, he did not deserve it, (Gary) Medel did. We have to be careful, it’s difficult to arbitrate”, he told ESPN.

Although Argentina eventually beat Chile and won the bronze, Messi boycotted the medal ceremony of the biggest tournament in South American football, saying he “did not want to be part of this corruption” and claimed his squad “shouldn’t have to be part of this disrespect we suffered during the Copa America”.

“We could have gone further but we weren’t allowed into the final. Corruption, referees and all the rest stopped people from enjoying the football”, the Argentinian star explained.

Notably, Messi also took aim at refereeing in the tournament after a 2-0 defeat by arch-rivals Brazil in the semi-final, criticising the decision not to award his team a penalty before Brazil’s second goal. He insisted that the referee was on the hosts’ side and “inclined the pitch their way” in every dispute.

The officials accused the football star of showing a lack of respect “to the hundreds of professionals of the CONMEBOL, an institution that since 2016 has been working tirelessly to make South American football more transparent, professional, and well-developed”.

“In football, sometimes you lose and sometimes you win. One of the fundamental pillars of fair play is to accept the results and the refereeing decisions with respect”, its statement said.

The Spanish outlet AS suggested that the Argentina captain’s outburst against CONMEBOL could result in the star striker receiving a two-year ban. Thus he could miss the 2022 FIFA World Cup qualification, as well as the 2020 Copa America, hosted by his home country.