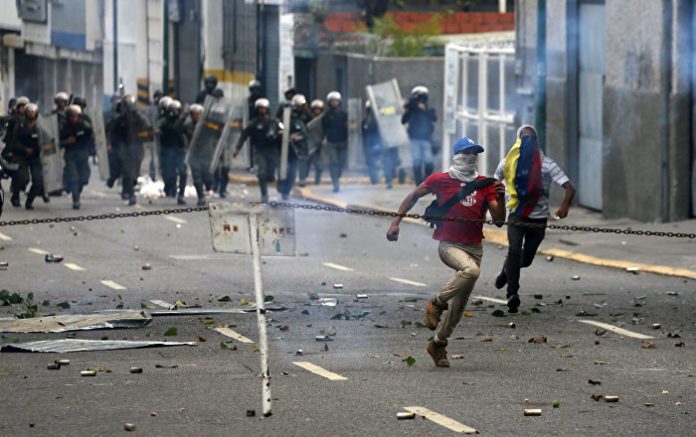 MEXICO CITY (Sputnik) – A 36-year-old man and a 14-year-old teenager were killed as a result of Tuesday demonstrations against Venezuelan President Nicolas Maduro in the city of Barquisimeto in northwestern Venezuela, El Universal said on Wednesday.

According to the newspaper, the deaths have been confirmed by Lara State Governor Henri Falcon, who said that at least a dozen others were injured.

Earlier on Wednesday, media reported that two people, a 19-year-old student who did not take part in the protests and an 87-year-old woman who was poisoned by tear gas died as a result of the anti-government protests.

​​​Venezuela has seen a series of demonstrations in recent days after the country’s Supreme Court attempted to take on the functions of the country’s National Assembly, controlled by the opposition. Despite the fact that the court’s ruling was canceled, serious tensions remain in the country which is suffering from a severe economic crisis.