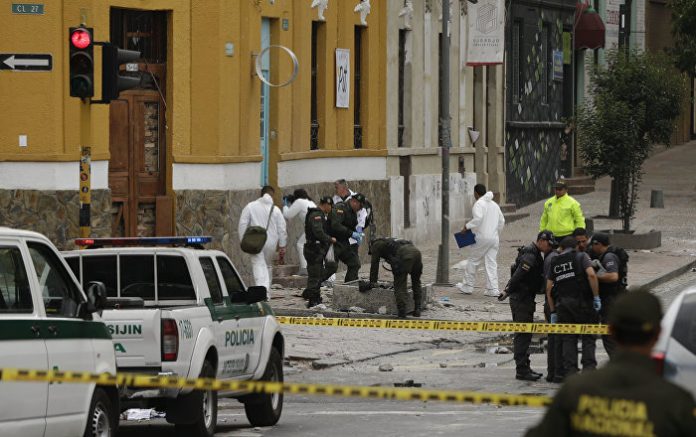 MOSCOW (Sputnik) —According to RCN broadcaster, perpetrators threw the grenade into a club and were able to leave. Local radio station Blu Radio reported citing local police that the attackers rode a motorcycle.

The police are also considering a possibility that one of the people inside the club had a grenade, which detonated accidentally, El Tiempo newspaper reported, citing a local police officer.

All of the injured have reportedly been admitted to hospitals and the police are investigating the incident.

According to some media reports, police may also be looking into a possibility of an altercation between local gangs.