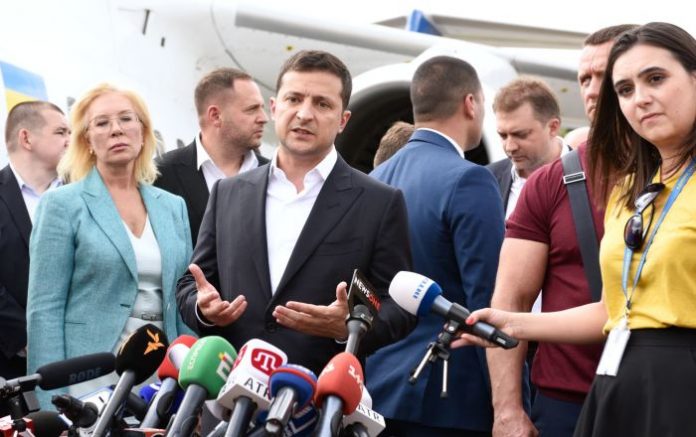 “I am very cautious about this topic of peacekeepers in the Donbass. I know that the previous government discussed these issues and the structure for putting in place a peacekeeping mission. I do not want an Abkhazia or Transnistria scenario for Donbass … Until now I have not touched upon this topic, we are not raising it within Minsk process”, Zelenskyy said at YES forum.

At the same time, he said he would be glad to have peacekeepers “on the border of Ukraine and Russia.”

Since April 2014, the Ukrainian government has been conducting a military operation against the self-declared republics of Donetsk and Luhansk, which declared their independence after a power change in Kiev that occurred a few months prior. Prospects for peace have been discussed in various forms, including the so-called Normandy format. However, the only tangible agreements were achieved during the meeting of the Minsk contact group, under the mediation of Russia and the OSCE. Nevertheless, fighting in the region continues.

The previous Ukrainian government had been asking for a UN peacekeeping mission to be stationed in Donbass since 2015. Russian President Vladimir Putin supported the idea but stressed the mission should only ensure the safety of monitoring staff from the Organization for Security and Co-operation in Europe (OSCE) along the contact line. Ukraine, however, wanted the peacekeepers to be deployed across the entire territory of Donbas, up to the Russian border.