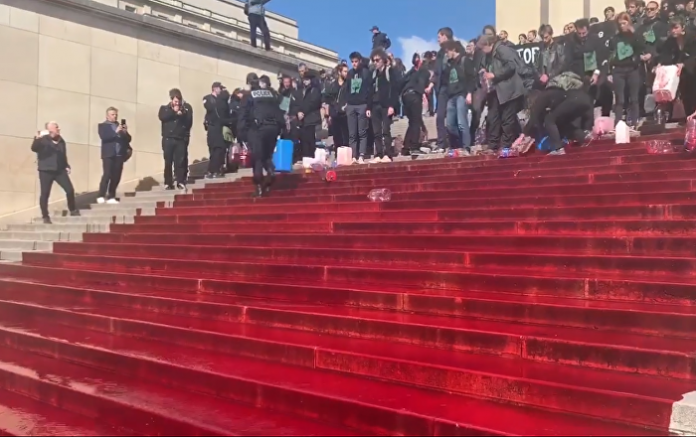 A group of Extinction Rebellion activists that gathered in Paris poured about 300 litres of a red substance resembing blood on the steps of the Palais de Chaillot in the Trocadero area, Le Parisien reported on Sunday.

After the rally, the members of the group cleaned up the fake blood, however, according to Le Parisien, at least six of them were later arrested by police for purposefully endangering the lives of other people.