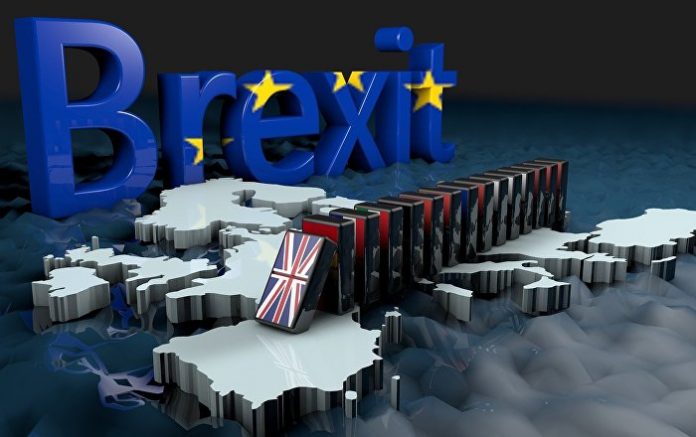 MOSCOW (Sputnik), Anastasia Dmitrieva — Media reports said earlier this month that EU officials were mulling a transition post-Brexit trade deal with the United Kingdom with the country temporarily joining the four-country EFTA. This would amount to a transition period after the United Kingdom leaves the bloc in 2019 while the sides hammer out a comprehensive trade deal over the following years.

“As for EFTA, we do not speculate on this matter, we have a very good dialogue with both the United Kingdom and with the European Union. First of all, these two blocs have to come to consensus between them,” Maland said after a meeting of a Norwegian-Russian joint economic commission in Moscow, when responding to a question on whether the EFTA would consider accepting the United Kingdom under such an arrangement.

The trade minister noted that Norway would be open to accepting the United Kingdom’s application for EFTA membership.

“We would maintain an open-minded stance in the event of an application for EFTA membership. Overall, it is in Norway’s interest to maintain as close trade policy cooperation with the UK as possible, with as good a level of access to the British market as possible,” Maland said.

Membership in EFTA, which comprises non-EU members Norway, Switzerland, Iceland and Liechtenstein, will give the United Kingdom an opportunity to stay in the European Economic Area (EEA) and use the “Norway model,” meaning that it would have access to the European single market.

In March, the United Kingdom officially began the withdrawal process by handing a formal letter to European Council President Donald Tusk. According to Article 50 of the Lisbon Treaty, London now has two years to complete all relevant negotiations.

UK Prime Minister Theresa May previously ruled out remaining part of the EU single market, which stipulates the free movement of people, but expressed her desire to reach a trade agreement with Brussels and allow the freest trade of goods possible.

Over 10 Participants of Unauthorised Rally Detained in Minsk, Police Say