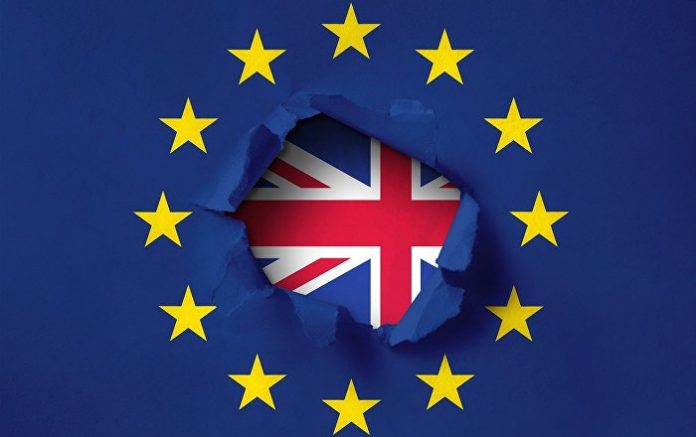 MOSCOW (Sputnik) — The UK citizens should demand from candidates in the upcoming general election to express the clear position on terms of the United Kingdom’s withdrawal from the European Union in order to avoid “hard Brexit,” former UK Prime Minister Tony Blair wrote in a commentary to Evening Standard newspaper Friday.

“I propose that the organisations that want to keep open the right of people to change their minds on Brexit, depending on the outcome of the negotiation, come together to mobilise voters to demand from candidates a clear statement of their position on Brexit; in particular, whether they would refuse to support a deal that substantially diminishes our access to the single market or a ‘no deal’ outcome,” Blair wrote.

Blair claimed that UK Prime Minister Theresa May had ruled out staying in the EU single market and she decided to call the snap election in order to gain support for the possible “hard Brexit,” implying no mutually beneficial EU-UK agreement on such terms as the single market and migration policy.

“[May] wants a landslide majority so that there are sufficient numbers of Tory MPs [the Conservative Party members ]who will vote to leave Europe even if the deal does not deliver ‘exactly the same benefits’ as membership of the single market and customs union. Or there is no deal,” Blair said.

The former prime minister continued by calling for “a movement of informed voters who can ensure that a re-elected Tory party cannot claim a mandate for Brexit at any cost.”

“We don’t know what size majority Mrs May will get. But we can determine what mandate she can claim,” Blair concluded.

On Wednesday, the UK House of Commons backed Prime Minister Theresa May’s bid for an early general election on June 8. May said the snap election was aimed at overcoming divisions in parliament, succeeding in Brexit negotiations with the European Union, and ensuring stability in the country.

Since the referendum of the United Kingdom’s exit from the European Union on June 23, Blair has been alleging the the UK authorities of pursuing the policy of “Brexit at any cost.”