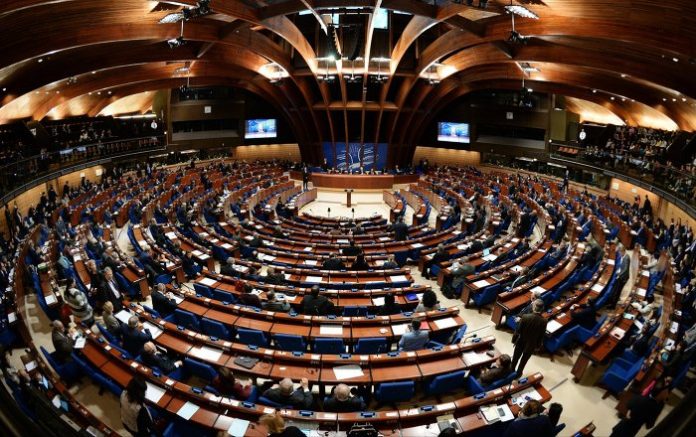 “The secretary-general has come back from a series of constructive meetings in Moscow. This is not the time for speculation. We shall continue the dialogue with a view to finding a solution to the current impasse at PACE,” Holtgen said.

The statement of the official comes just hours after the Russian Izvestia newspaper reported, citing sources in the Parliament, that Moscow might suspend its payments to the European Court of Human Rights (ECHR) and even withdraw from the judiciary body due to the fact that Russia had been barred from taking part in the election of the judges.

On Friday, Council of Europe (CoE) Secretary General Thorbjorn Jagland paid a visit to Russia, where he held talks with several high-ranking officials, including a speaker of the upper house of the Russian Parliament, Valentina Matvienko, and a speaker of the lower chamber, Vyacheslav Volodin, as well as Russian Foreign Minister Sergei Lavrov.

The PACE stripped the Russian delegation of its voting rights and participation in the work of its three key bodies amid the 2014 crisis in Ukraine and Crimea’s reunification with Russia. The Russian delegation left the PACE in 2015 and did not renew its credentials ahead of the assembly’s 2016 and 2017 winter sessions.

Russia insists on the necessity of amendments to the PACE regulations that would exclude the possibility to limit the rights of national delegations. The Russian Parliament has repeatedly stated that Russia might discuss the resumption of its work within the PACE provided that these amendments are adopted.